Councillors in south-west Ireland have backed a plan to relax the drink-drive limits for some isolated constituents. The motion backed by Kerry county councillors would allow police to issue permits overriding the legal limit. Councillor Danny Healy-Rae, who proposed the motion, said it would apply to "older people" who "are being isolated now at home, and a lot of them falling into depression".

The motion was passed on Monday afternoon by five votes to three, with seven abstentions - although 12 councillors were absent for the vote which took place "towards the end of a long meeting". A number of the councillors who approved the measure are reportedly themselves pub owners - but Mr Healy-Rae denied that this had influenced the vote. The county of Kerry, hugging the rugged and windy south-west coast of Ireland, is known for its mountains, its rural scenic beauty and its winding country lanes. 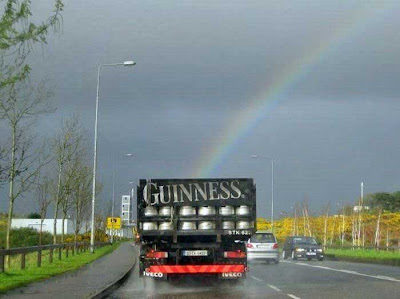 Mr Healy-Rae said the people he thought could apply for the permits "are living in isolated rural areas where there's no public transport of any kind, and they end up at home looking at the four walls, night in and night out, because they don't want to take the risk of losing their licence. I see the merit in having a stricter rule of law for when there's a massive volume of traffic and where there's busy roads with massive speed. But on the roads I'm talking about, you couldn't do any more than 20 or 30 miles per hour [30-50kph] and it's not a big deal. I don't see any big issue with it."

Mr Healy-Rae said the current drink-driving rules were forcing an older generation to stay at home. "All the wisdom and all the wit and all the culture that they had, the music and the singing, that's all being lost to the younger generation because these older people might as well be living in Japan and Jerusalem because the younger generation don't see them at all any more. The council will now call on the justice department to implement the change. But the move was condemned by the mayor of Kerry, Terry O'Brien, who said: "It is incredibly dangerous. I don't know how anybody can be allowed to say: 'You've had two pints, so you're justified to drive'. I don't know what expertise one would have to look at someone in a bar to give them a permit to drive a car after any alcohol."
Posted by arbroath at 6:02 am
Email ThisBlogThis!Share to TwitterShare to Facebook

I don't live in Kerry, but I do live in the west of Ireland and in a very rural spot. The closest taxi is 13 miles away. There are no licensed hackneys (but 1-2 illegal hackneys). Taxis will tend to wait until the taxi is full and if you are the last stop it could take 3 hours to get home.
The pubs starting going quiet with the smoking ban but have gotten far worse with the price of drink V recession, and the problem of getting there and back.
I can't see this notion of permits going ahead, it seems more like a way to get a politicians name in the paper but it does raise a question about lack of infrastructure in our rural areas.
A possible solution is to have a grant to run a taxi service from the pub itself. Or, lower the cost/have a grant for obtaining, or waiving the cost of a hackney license for non-pub employees.
That would give out of work men and women a chance to earn money and give the pub owner and workers more income as well.
Myself, I rarely go out for the reason of being able to get back. Of course I could go and not drink but to me that would be akin to going to a restaurant and not eating. Might as well just stay home.

I don't think it will ever happen, also.

If the prohibitive cost of licences are the reason for lack of taxis, as you say, lowering or waiving those is a possible solution.

However, as you also say the smoking ban and price of booze in pubs are also prime reasons for people no longer going to pubs.

Currently in the UK 18 pubs a day are closing due to those very reasons.