Germany is living up to its environmentally-friendly image by spending millions of euros on building bridges just for animals. Humans caught crossing them face a €35 fine. More than a hundred wildlife bridges are to be built in the next decade. Gerhard Klesen, a forester employed by the Ruhr Regional Association, spent a decade campaigning for an animal-only bridge to be built over a motorway in the town of Schermbeck in North Rhine-Westphalia. 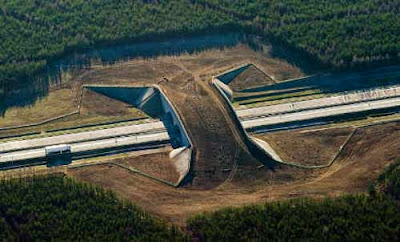 Man-made barriers such as roads and canals restrict animals' natural movement, he said. That limits genetic diversity, which in turn leads to an increase in disease and shortened lifespans. The ‘Green Bridges’ are designed to counteract this effect. "The area of land east of the motorway at Schermbeck is much smaller than that on the western side," Klesen said. That's led to a decrease in species diversity on the eastern side, prompting Klesen to launch his ten-year campaign, which culminated in the opening of the "green bridge" - Germany's 35th - exactly a year ago.

It usually takes a year before an animal dares to cross the green bridge," Klesen said. But the animals of Schermbeck are a plucky bunch. "One red stag traversed the bridge just three days after it was opened," Klesen said. Others followed suit and within a few days, boars were making the journey too. Cameras set up along the bridge have captured a variety of creatures, including rabbits, foxes and bats, making their way across the specially-designed terrain. 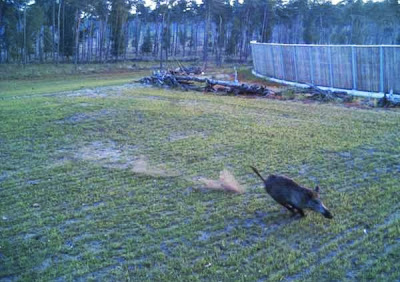 "There are strips of sand just for insects, as well as grass, shrubs and other vegetation providing food and shelter to some of the smaller creatures," said Klesen. Some animals, like mice, take to life in transit so much that they set up their permanent homes on the bridge. Others travel back and forth. Stags in particular often make the journey in search of a mate. Although it will take decades to assess whether the bridge is managing to promote genetic diversity and health among bigger animals, the effects on smaller animals with shorter lifespan could be studied soon.
Posted by arbroath at 6:03 am
Email ThisBlogThis!Share to TwitterShare to Facebook

This is a wonderful idea and we certainly need to stay off of the Green bridges so the animals will feel safe using them. Good job humans!