Delhi police crack down on sale of sex toys

For the first time police in New Delhi, India, have cracked down on the sale of sex toys in the city and arrested one shopkeeper. After a tip-off, a team raided Palika Bazaar on Tuesday and confiscated 14 such toys from a shop, a senior police officer said. The owner of the shop, Gurbeer Singh, has been arrested for importing and illegally selling sex toys.

A team raided Palika Bazar after receiving specific information and recovered as many as fourteen toys. Police are now trying to determine where Singh procured the articles from. The products were allegedly imported from China by sub-distributors. Police suspect such articles are being sold at other markets in the city as well and attempts are being made to identify and arrest sellers. 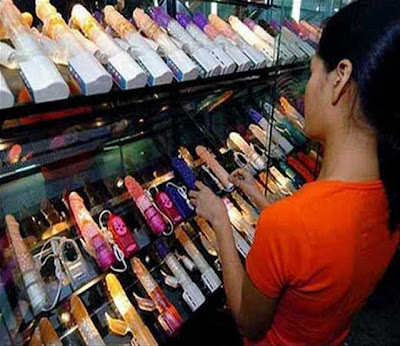 The District Superintendent of Police has issued instructions to officers to take strict action against sale of pornographic and obscene materials. Sex toys are openly available in the grey market in the capital even though their sale is prohibited under law. In Delhi's Palika Bazaar or Mumbai's Crawford Market, one can easily find such toys. Most of these are brought from China which, traders say, manufactures 70% of the world's sex toys. India is believed to have a Rs 100 crore (£10.25m, $16.4m) market for such products, a police officer said.

The sale of sex toys is covered by Section 292 of the Indian Penal Code which defines the term 'obscene' and provides for punishment for distributing any such object. Section 292 (1) defines 'obscene' as "a book, pamphlet, paper, writing, drawing, painting, representation, figure or any other object, shall be deemed to be obscene if it is lascivious or appeals to the prurient interest". Selling sex toys is a punishable offence, entailing a maximum punishment of two years for the first conviction, and five years in case of repeat offenders. Even buyers of such products can be prosecuted.
Posted by arbroath at 6:05 am
Email ThisBlogThis!Share to TwitterShare to Facebook

I wonder if they have a legal definition of "lascivious" or "prurient"? Like a lot of laws it's vague and gives prosecutors a great deal of room for manoeuvre. Kinda like "breach of the peace"; if they can't find any other reason to arrest you, they'll do you for breach!

Unfortunately any laws subject to 'interpretation' are open to abuse of use.

Curiously, you can then visit many Hindu temples and see carvings illustrating the Kama Sutra that will make your jaw drop.

"Of all the strange 'crimes' that human beings have legislated out of nothing, 'blasphemy' is the most amazing -- with 'obscenity' and 'indecent exposure' fighting it out for second and third place." - Robert Heinlein

With their population out of control, battery buddies should be given out like party favors.

Rape is ok but Sex toys in illegal.. what a cunt rule.