A giant chair has mysteriously appeared in West Lake Park, Hollywood, Florida. Bob Palumbo said it appeared one morning. He figured it was a new public art display the county was trying out. 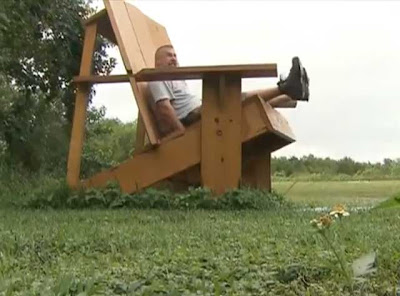 "A couple of hours later, I got a call from property manager of my development here, and she said the park had contacted her to see if I knew anything about where the chair might have come from," said Palumbo. "They thought I had something to do with it." It's made from huge planks of pine, an inch thick and nearly a foot wide. They're bolted together at the base and custom cut around the arms.

The workmanship impressed Billy Shapiro, a general contractor. "The woodwork, the materials they used, they finished everything, they used coated screws," he said. "Probably should have supported the bottom a little wider because as you can see, it's starting to sink it a little bit in the mud but other than that, it's a sturdy chair." 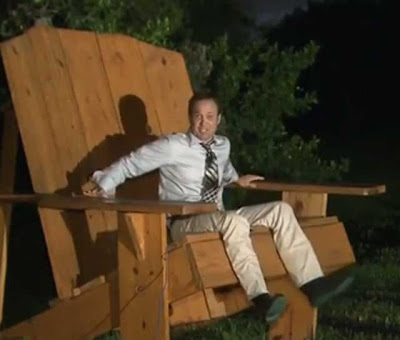 Residents hope the county doesn't decide to remove it. Neighbours suspect a group of teenagers who apparently did wood working late at night may have built the chair.