A town in southern Germany has banned a couple from calling their child “Wikileaks” for fear it could endanger the welfare of the baby.

Hajar Hamalaw wanted to name his son, who was born on March 14th, after the online whistleblowing platform as it “changed the world”. But the 28-year-old failed to get the name past authorities in Passau, Bavaria. 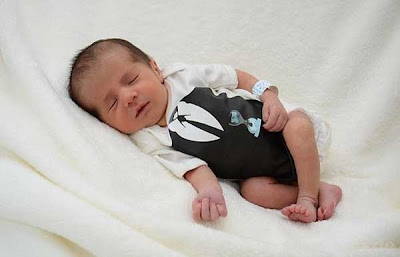 Hamalaw, a journalist who has lived in Passau for the last eight months, said: “The [Wikileak] revelations caused a great stir worldwide, especially the ones about Iraq, where we come from." But Wikileaks did not make it onto the birth certificate. "The registrar said that this was not a first name.

“He thought it was a series or TV show," said Hamalaw. A spokesperson for the town of Passau said the decision by the registry office was based on legal rulings which state a child’s name should not be granted if it could endanger their welfare. Hamalaw opted to call his son Dako on the birth certificate instead.
Posted by arbroath at 6:05 am
Email ThisBlogThis!Share to TwitterShare to Facebook

Why do people want to saddle their poor babies with names that are bound to bring them misery when they get to school?

There should be blanket legislation to prevent people from giving their children "unique" names. This should also prevent adults from changing the spelling of their own name. For example : Lauren is not spelled La Wren, just because you consider yourself special.