The woman entered the store at 4.25pm and asked to buy a breast pump, police reported. But after handing over a €200-note to pay for her €20 purchase, she suddenly uncovered one breast and used her fingers to squirt milk from it at the pharmacist. She then rummaged through the counter display and went to a second cash register. 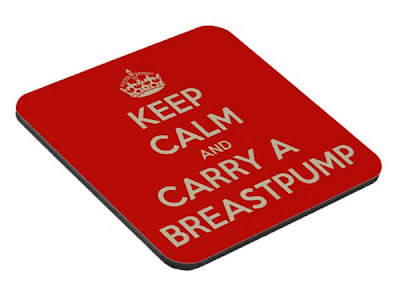 Ignoring the pleas of staff and customers to cover herself up, she again rooted through the counter displays and unleashed a fresh spray of milk. Apparently satisfied with her handiwork, she quickly left the pharmacy, leaving the breast pump behind. The pharmacists only noticed that €100 was missing from their cash register some time later when counting the day's takings.

Police believe the woman, who they described as having a “robust” figure, long dark hair tied into a ponytail and speaking an unknown language, stole the cash while customers and staff were distracted by her antics. Officers described the woman's antics as "almost unbelievable".
Posted by arbroath at 6:00 am
Email ThisBlogThis!Share to TwitterShare to Facebook

(American-side-of-the-Atlantic humor, if you don't get it.)

That's what I got from it, anyway.