A man who has been slapping women on the head in Carlisle, after they sneeze, is being sought by police.

Cumbria Police said that an 82-year old woman reported that she was slapped after she had sneezed at 11.30am on Tuesday. 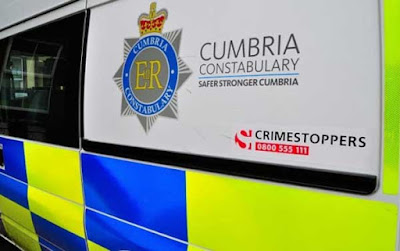 The suspect is a man believed to be in his late 50s, and was wearing a tweed jacket.

It is reported that a similar incident happened on Monday, but the victim has not yet been traced by police. Anyone that may have witnessed the incident or has any further information is asked to contact Cumbria Police.
Posted by arbroath at 6:02 am
Email ThisBlogThis!Share to TwitterShare to Facebook