Joe Dainelis had about an hour left of work before his day ended on Thursday when the call came in. A tiger was resting in a driveway on the Southwest Side of Grand Rapids, Michigan, a concerned neighbour reported. Dainelis has seen his share of strange circumstances and illegal exotic animals working with Kent County Animal Control. 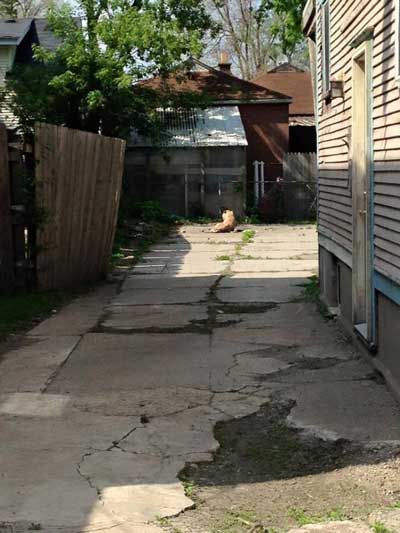 Dainelis arrived to find just what the neighbour had described - the same shape, colours and form of a tiger, resting in the driveway of a vacant home. In photos he took from a safe distance back, it seemed real, albeit quite young. "I thought, 'No way, it can't be,'" Dainelis said. Dainelis laughs at the situation after a co-worker on the scene discovered the creature was a realistic, life-sized toy. He knows he will face some ribbing around the office over the next few days. 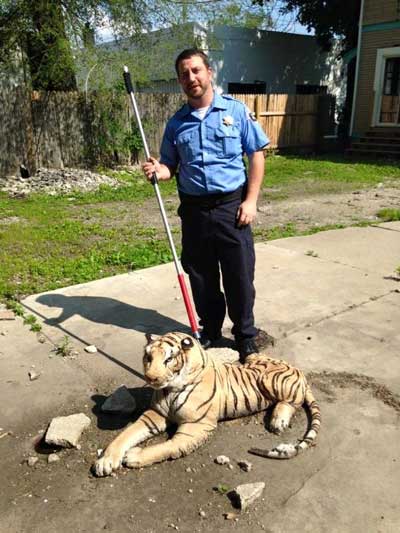 "This darn stuffed animal, its head is facing away," he said. On Thursday night, he went back to his vehicle to get a ring pole and a door he had removed from a cage to use as a shield. He knew if he was about to wrangle a tiger, the call would be one he'd remember for quite some time. He notified dispatch that police officers would be needed on scene to help manage the situation. 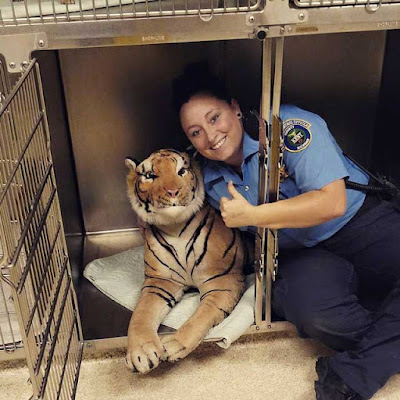 Animal Control Officer Rachel Jensen walked around the back to see if there was a fence or anything containing the area. When Jensen emerged, she wore a broad smile. There was no denying it, with an up-close view, the creature was fake. The two made light of the discovery and did the only thing they could think to do: "impound" the stuffed creature until they find a good home with a child.
Posted by arbroath at 6:05 am
Email ThisBlogThis!Share to TwitterShare to Facebook

This is funny but wait until you run across something like this!
Just wait until they start cloning tigers;Then watch out!

I have the exact same tiger relaxing on my couch at home.

This is what I was looking for, thanks. Only professional writers can make such material. I really liked it.
https://ewriters.pro/