One of the monkeys used in filming of Pirates of the Caribbean has attacked a make-up artist at Movie World on Australia's Gold Coast. 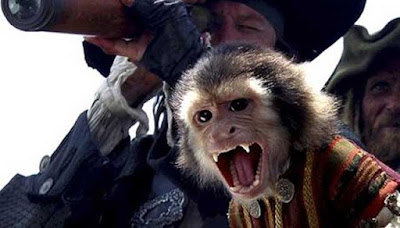 The 54-year-old woman was on a sound set, which is not related to the film, when she was bitten on the ear at about midday on Tuesday. Queensland Ambulance Service spokesman Steven Burns said the woman was taken to hospital in a stable condition.

He said she told paramedics it was an unprovoked attack. "The monkey had come up from behind the lady and bit her on her right ear," Mr Burns said. "They lady wasn't, we believe, making an attempt to approach the monkey, she was sitting down and it came up to the woman and bit her on the ear. Her bleeding was controlled. 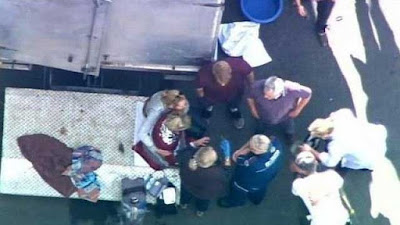 "Fortunately it was not [a serious injury] and we were able to manage it quite well. We believe the monkey was part of the Pirates of the Caribbean film set. But at the time when the monkey bit the lady, it was [on] a different movie set, it was at the Movie World sound stage for a different filming set. It's not related to Pirates of the Caribbean."
Posted by arbroath at 6:04 am
Email ThisBlogThis!Share to TwitterShare to Facebook