A Connecticut couple were enjoying a pizza dinner and a movie with guests in another room unaware of what was happening in their kitchen. 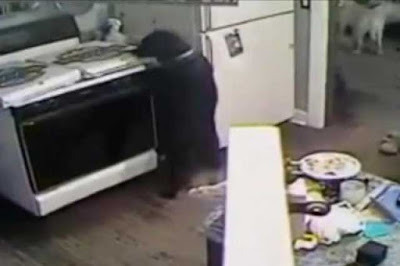 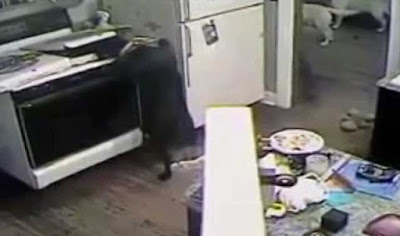 Their two year old female black labrador, Brookfield, decided to sneak a slice for herself, but also unintentionally ignited the stove's gas burner. The homeowners were thankfully able to prevent this minor mishap from turning into a catastrophe. 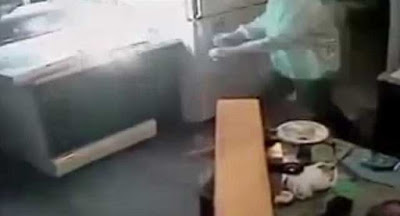 This footage was captured on the homeowner's home security/surveillance cameras which they installed throughout there house to watch their three dogs while they are away at work or out for the evening.

They never expected to capture something like this. Since this video was filmed, the homeowners have installed child safety covers on all of the stove's burner knobs as well as purchased a fire extinguisher.
Posted by arbroath at 6:07 am
Email ThisBlogThis!Share to TwitterShare to Facebook