Penny the kitten, at just nine months old, may have already used up one of her nine lives, after she was rescued from near the top of a towering cedar tree in Canada. 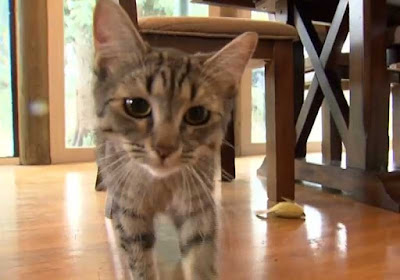 Arborist Dan Holliday rescued the grey kitten from a branch approximately 100 feet (30 metres) above the ground, and returned her safely to her owners at a nearby house in Surrey, British Columbia. Penny’s owners say she was chasing birds in the yard when she followed them into the tree, and continued to climb higher as they moved from branch to branch. 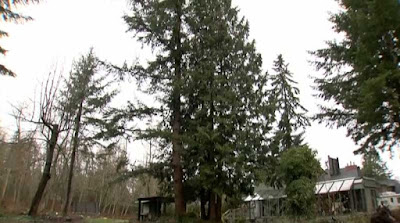 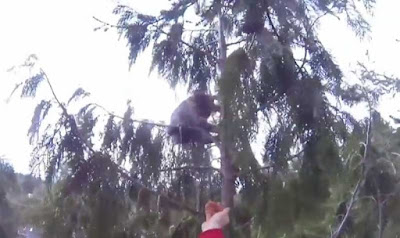 They say the kitten was trapped in the tree for approximately 36 hours, and could be heard crying every time someone left the house. Members of the fire department attempted to reach the cat with a ladder, but were unsuccessful. Eventually, the family called Holliday to rescue the animal. “I’m an arborist by trade and I just get calls from time to time to rescue cats,” he said.

Holliday climbed an adjacent tree until he was able to spot the kitten, then made his way over and held out a handful of food to coax her off the perch. Holliday encouraged the cat to climb into a bag, and carried her back down. “It’s a good feeling to have the cat jump into a bag and know it’s safe,” he said. Penny’s owners say she’s still curious about the world outside, but they’ll probably limit her outdoor excursions for the next little while.
Posted by arbroath at 6:05 am
Email ThisBlogThis!Share to TwitterShare to Facebook