More than 15 tonnes of cheese has been dumped on side of the Forgotten World Highway in New Zealand. Residents in the area believe it is being used to feed wild pigs which are hunted and sold on the black market. They said boxes and pallets of the cheese have been left sitting at the side of State Highway 43 in the rural eastern Taranaki settlement of Tahora for about a week, but it was an ongoing issue. Labels on the cheese show it comes from Fonterra's Collingwood St site in Eltham. A Fonterra spokesperson said they were looking into the situation and it appeared the cheese was "retention product" which was routinely sold as stock food. 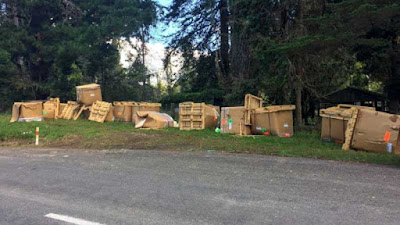 He said they took samples of every product for safety and quality testing and kept them for a set amount of time before selling them on to farmers. Residents in the area were reluctant to talk about the cheese, but one man, who asked to remain anonymous, said it was nothing new and had been happening for years. He said the cheese was dumped in the bush to attract and feed wild pigs so they could be hunted. "If people saw where that stuff was ending up, they would be horrified." He said it was a small number of people dumping the cheese and "the rest of us have to put up with them". "It's just got to stop." A Ministry of Primary Industries (MPI) spokesman said they were investigating reports that the pigs were being fattened up for meat. 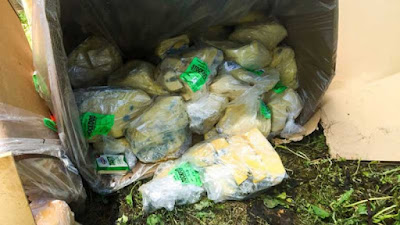 "We were made aware that a large amount of cheese was dumped in rural Taranaki, potentially to fatten pigs. In relation to this information, MPI is looking into the potential for illegal or unregulated meat entering the market," he said. On Wednesday, there were 18 large boxes in Tahora and all but one was on its side or upside down, like they had been pushed off the back of a truck. Some of the boxes were still full and sealed, some were in the process of being emptied and one was completely empty. Each box was labelled "stockfood, not for human consumption", along with another label with the date of manufacture, best before date and other information about the product. 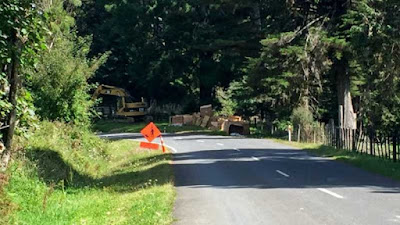 When contacted about the dumping the Taranaki Regional Council said it was outside its area and pointed questions towards Horizons Regional Council (HRC). Horizons media and communications manager Ally Koehler they were made aware of the situation via the pollution hotline on Monday. "Fonterra is currently undertaking an investigation to determine how the cheese came to be dumped on the roadside and working with those involved to organise a clean-up," she said. "No product has entered the waterway as far as we are aware and we are confident that all the necessary steps are being taken to resolve the situation." Stratford District Council's director assets Sven Hanne said as it was a State Highway, it came under the jurisdiction of the New Zealand Transport Agency and any clean-up of waste on the road was the responsibility of the Road Controlling Authority. NZTA did not comment about whether they would clean up the mess.
Posted by arbroath at 6:04 am
Email ThisBlogThis!Share to TwitterShare to Facebook