A slippery eel was spotted switching tanks in a Singapore supermarket. 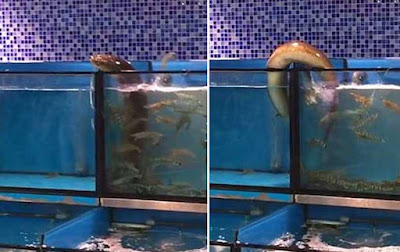 A man by the name of Dan was at a FairPrice Xtra outlet at Changi Business Park when he saw the eel making its way back into its own tank. 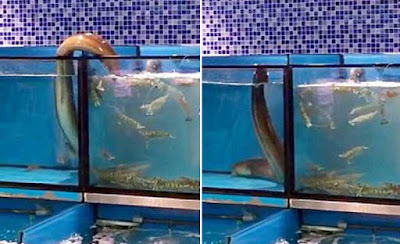 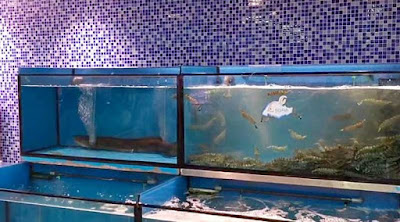 The eel had previouly made its way into a tankful of prawns. According to Dan, the eel had been alone in a tank beside the one that held the prawns.

It had then decided to get in with the creatures in the neighbouring tank. “I actually caught it making its way back to its ‘home’. It was alone before that and slid into the tank with the prawns to play,” said Dan.
Posted by arbroath at 6:03 am
Email ThisBlogThis!Share to TwitterShare to Facebook

Maybe it'd gone to have lunch. I'd have bought it and let it go. Clever sod.

Heh heh, my first thought was that it had been in pursuit of lunch!