A chihuahua is now safe after leading California Highway Patrol officers on a chase down the Bay Bridge on Sunday morning. 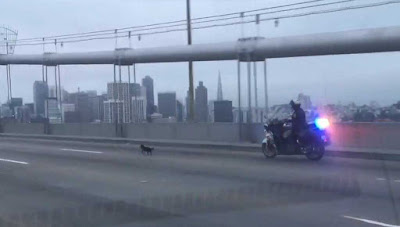 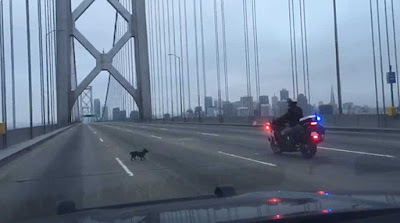 San Francisco County Animal Care officials are looking after the chihuahua until the owner calls to pick the dog up. 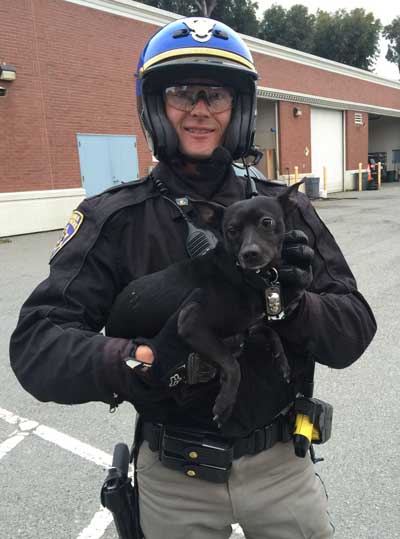 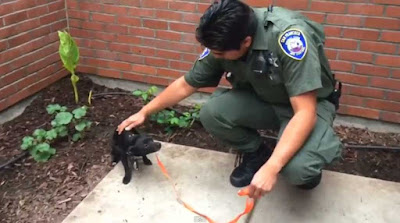 At 6:56am, CHP officials reported a dog running in the eastbound lanes of the Bay Bridge. At one point the dog, described as a black chihuahua, was running against traffic, according to CHP officials.

After a brief chase, CHP Officer Vu Williams used his jacket to distract and capture the dog. Officers are currently looking for the dog's owner.
Posted by arbroath at 6:07 am
Email ThisBlogThis!Share to TwitterShare to Facebook