A motorist was filmed risking his life by driving across The Abbey Slip in Penzance, Cornwall, as it was submerged by rising sea levels on Sunday. 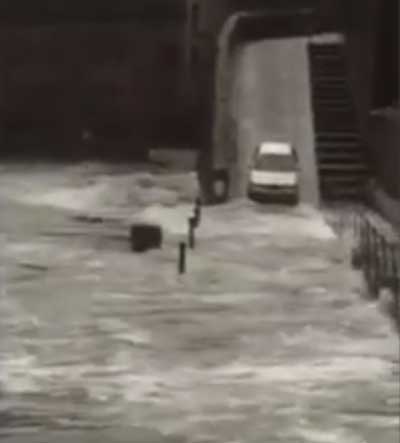 With waves breaking across the bonnet the car ploughed on, before accelerating out the other side. At one point you can see the vehicle being moved by the tide. 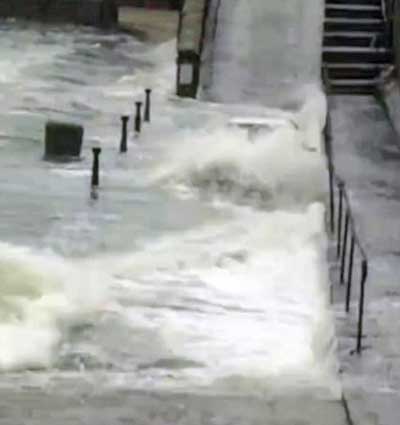 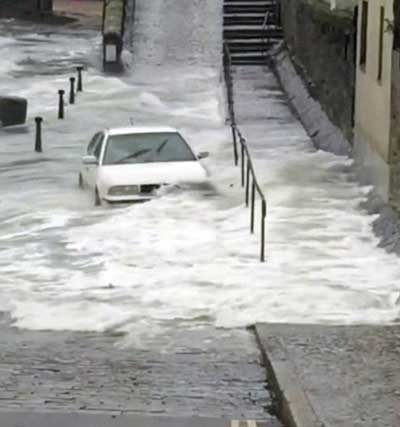 The video was shot by Adam Lobb who said he thought he was going to have to jump in to rescue the motorist after he paused midway across to let a particularly big wave surge through.

Adam said: "He thought the water was more shallow than it was, he's not some idiot that was going for a thrill, he just didn't expect it to be that bad. I didn't know who it was until after the video. We talked about it and he was okay."
Posted by arbroath at 6:00 am
Email ThisBlogThis!Share to TwitterShare to Facebook