Driver surprised to find a ferret in car engine

A motorist in Southport, Merseyside, got the shock of their life on Monday morning after discovering that an odd noise coming from their car engine was actually a ferret which had become stuck in there.

The ferret was discovered by the driver after they inspected under the bonnet after the family dog began to act suspiciously around the car. The member of the public had driven his car throughout Southport to visit his daughter and it was only when her pet dog began to act suspiciously and bark at the car engine that they thought to check what was wrong. 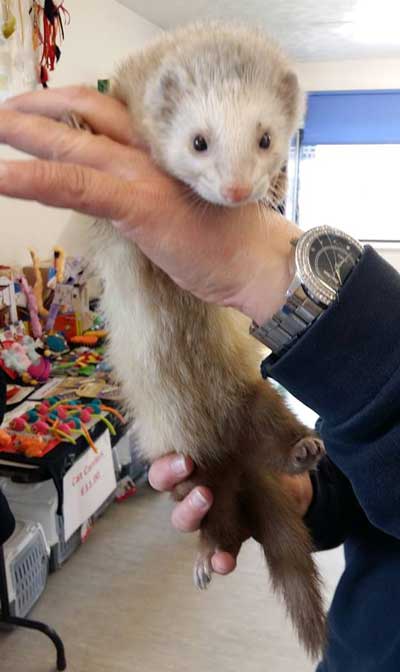 On opening the bonnet they were stunned to discover a female ferret had lodged itself around the car’s engine. It’s thought it managed to crawl into the space while the car was parked in the Churchtown area of Southport. Staff at the RSPCA rescue centre in Birkdale checked over the pet and found her to be perfectly fine.

She is now being looked after by the staff at the centre while her owners are being sought. A spokesperson for the rescue centre said: “This morning we have had a female ferret brought after being found in a car engine. We believe she got in the car engine in the Churchtown area of Southport. If this is your Ferret please phone us.”
Posted by arbroath at 6:01 am
Email ThisBlogThis!Share to TwitterShare to Facebook