During a drug raid in Brookside, Alabama, on Wednesday, police spent about an hour searching for evidence and suspects. And then they heard a strange noise. A snore. Coming from the clothes dryer. And they found their man, curled up in among the delicates.

Michael Christopher Davis had hidden in the drier to avoid detection when the police arrived, and fell fast asleep. "I was trying to hide and y'all just stayed too long," Davis told police. "I fell asleep." "He was folded up like he was in a shirt pocket," said Brookside police Sgt. Bryan Watkins. 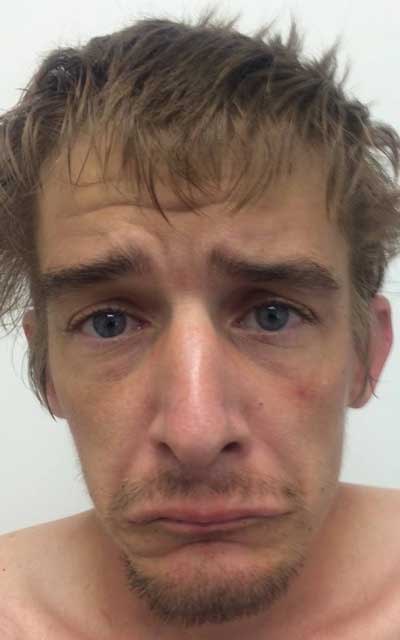 "You can't make this stuff up." Brookside police Chief Jason Springfield said Davis' arrest happened when they went to a home on Fields Avenue. There were multiple people inside and outside of the home when they arrived. People took off running in all directions, and were pursued by Brookside police, Jefferson County sheriff's deputies and sheriff's tracking dogs.

After securing the scene, officers began taking inventory of the items found in plain view, Springfield said. About one hour and 45 minutes in to the search, they heard that "snoring" sound coming from the dryer and Davis. "In Brookside, we don't set quotas," Springfield said with a laugh. "I let my guys find everyone they can in dryers."
Posted by arbroath at 6:07 am
Email ThisBlogThis!Share to TwitterShare to Facebook

Managing after to fall asleep in a confined dark space like a dryer after ~1½ hour..

Amphetamine? If so I'd want a refund
Cannabis? Incredible that he stayed awake that long