A Florida man is hoping to get out of paying back nearly $60,000 in student loans because he says he never should have been given the money in the first place. Ian Locklear, 44, from Tampa, was an 11th-grade student at Hillsborough High School when he was accepted into the University of South Florida in 1989. However, records show that once he received acceptance, he withdrew from high school to attend USF full time in January 1990. He never finished the 11th grade and never received a high school or equivalency diploma. Locklear graduated from USF on May 4, 1995, with a bachelor’s degree in interdisciplinary social sciences and six Stafford loans totalling $56,485. 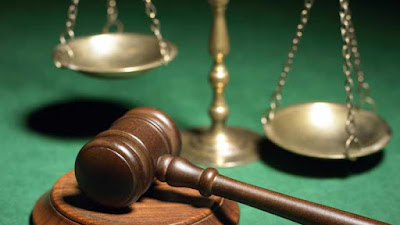 In the years since, the loans have accumulated interest of $10,891. Now, Locklear is suing John King Jr., secretary of the US Department of Education, to have his student loans immediately discharged. He also wants back any money already paid on the loans and his credit report corrected. The Higher Education Act of 1965 requires student loans to be discharged if the school attended by the student “falsely certified that the student had the ability to benefit from a program for which the student’s loans were taken out.” The lawsuit, issued by Nancy Cavey, an attorney with the Sunshine State Bankruptcy Law Firm in Tampa, argues that Locklear should never have received the loans because he did not have his high school diploma.

To qualify for the Federal Family Education Loan Program, which paid out Locklear’s loans, students have to meet requirements including the “ability-to-benefit.” That requirement says the student must have received a high school diploma or its equivalent before enrolling in the school, achieve a passing grade on an approved standardized test, or successfully complete a period of developmental or remedial education. Locklear didn’t meet any of those requirements, the lawsuit states. His high school transcript reads: “student withdrew due to early admissions to USF. Did not graduate from Hillsborough H.S.” 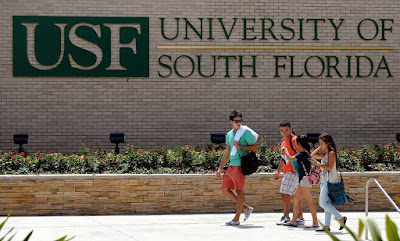 In December 2010, Locklear tried to file an “ability-to-benefit false certification discharge” with the Texas Guaranteed Student Loan Corporation managing his loans, but his application was denied in January 2011. Appeals were also denied by the Department of Education. “Based on the current information available, it is ED’s position that the University considered you to have the recognised equivalent of a high school diploma, even though you turned out to not graduate from high school as you originally reported you expected to,” a letter from the Department of Education said. An Education Department spokesman said the department will not comment on pending litigation. The lawsuit said the Education Department’s position fails to take into consideration Locklear’s evidence, relying only on incomplete records kept by USF.
Posted by arbroath at 6:07 am
Email ThisBlogThis!Share to TwitterShare to Facebook