A bullet lodged in a Florida man's testicles after he was shot by his 60-year-old wife in an argument over an affair, according to authorities. 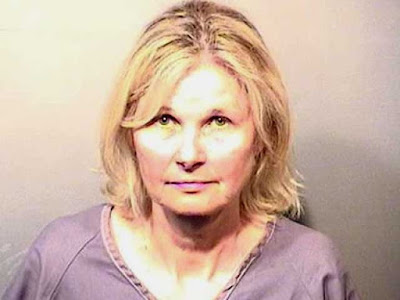 According to the Brevard County Sheriff's Office, Reid had a gun and confronted her husband of 16 years to discuss his affair. Reid demanded that her husband sit on the couch and told him that she was going to maim him and give him post-traumatic stress disorder, from which she said she also suffers, according to deputies.

Reid taunted her husband and threatened to shoot him in the face and chest and kill him, officials said. Reid shot her husband in his left knee, but the bullet travelled up his thigh and lodged in his testicles, according to the Sheriff's Office. The man's condition is not known. Reid was arrested in Rockledge and was taken to jail.
Posted by arbroath at 6:06 am
Email ThisBlogThis!Share to TwitterShare to Facebook