A man from Kingsburg, California, watering his lawn while naked on Wednesday evening, was arrested by Fresno County sheriff’s deputies on suspicion of indecent exposure and assault with a deadly weapon on an officer. A deputy was called at around 7pm for a call about a naked man, who was identified as Robert Lopez, 37. 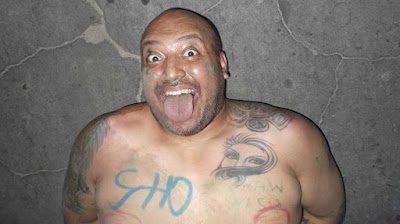 A Kingsburg police officer was requested to assist because Lopez is known to be hostile toward law enforcement, the sheriff’s office said. The deputy and the officer found Lopez drinking beer in his yard. When the deputy told Lopez to put on some clothes, Lopez refused, cursed at the deputy and threw a glass bottle at him, which hit a fence.

Lopez threatened to get a gun and shoot the deputy, the sheriff’s office said. Lopez put on a pair of shorts and went into the house, emerging a few minutes later holding an 8-inch knife. The man took about 10 steps toward the deputy, who ordered Lopez to stop and drop the knife or be shot. Lopez dropped the knife but continued making threats. He picked the knife up and threw it at the deputy. 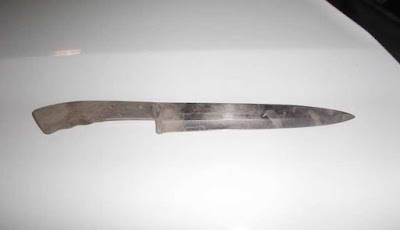 The knife hit a fence in front of the deputy. Lopez walked closer to the fence and threw a beer bottle. An assisting deputy fired a bean bag round at Lopez, striking him in the stomach. The suspect fell to the ground, and deputies put him in handcuffs. Lopez was taken to a hospital for evaluation, then booked into jail.
Posted by arbroath at 6:07 am
Email ThisBlogThis!Share to TwitterShare to Facebook