A naked man was arrested after breaking into a north Georgia home through a doggie door, authorities said. A resident in Woodstock called police when he saw a man jump his neighbour's fence and crawl through the back doggie door. Police arrived and were able to get the homeowner on the phone. He gave deputies the garage door passcode so they were able to gain entry. 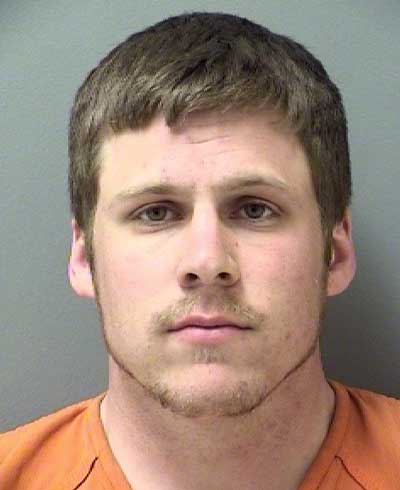 When deputies, along with a K9 officer, entered the home and announced their presence, a naked man came around the corner. According to the police report, the man later identified as 28-year-old Jarrod Lemming "was completely naked". Deputies told him to put his hands up, but he didn't. His left hand was busy covering his privates. "I pointed my duty weapon at Jarrod and gave him one loud command to 'PUT YOUR HANDS UP NOW!'. Jarrod then complied," the responding officer said.

He complied and was handcuffed. When asked why he was naked, Lemming said he was washing his clothes because they smelled like gas. He told police he used to live at the residence and snuck in to do laundry, take a shower, and use the wifi. He told police he knew the homeowner, but didn't notify him because he "did not want to bother him". He also told deputies he entered through the garage using a passcode, but the neighbour identified Lemming as the man he saw jumping the fence and squeezing through the doggie door. 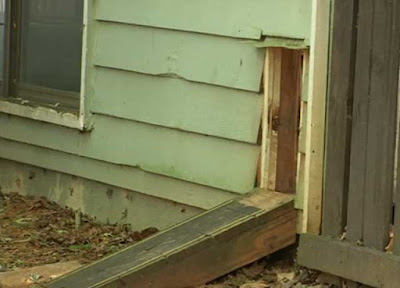 Investigators said evidence at the scene didn't support Lemming's story. There was no clothing in the washing machine and the shower hadn't been recently used. They also found dog hair and scuff marks on his shirt and hoodie, suggesting gained entrance through the doggie door. The homeowner confirmed Lemming's story that he did stay with him in the past, but did not have permission to be there since he moved out last year. Lemming was charged with burglary in the first degree.
Posted by arbroath at 6:07 am
Email ThisBlogThis!Share to TwitterShare to Facebook