Police in New Zealand have issued a warning about an international hand and foot fetish scam which has caused distress among its victims, many of whom are young, cash-strapped and female. According to Netsafe New Zealand, an independent internet watchdog, there have been nearly 20 reports of women being promised money to take pictures and videos of their hands and feet – and the numbers are growing every day. So far all of the victims were told the images were for ‘an art project’ – but Netsafe said it was highly likely they were instead being posted on overseas sexual fetish websites.

People who fell for the scheme were promised between NZ$2,000 (£970, US$1,360) and NZ$9,000 (£4,350, US$3,110) , money they never saw. Victims said the initial requests for photos were straightforward enough – simple snaps of their hands and feet. But then the requests became more specific. “It started getting a bit weird and I started getting suspicious,” an unidentified university student said. “She was like, ‘This one we need you to get supplies’ ... she asked me to get oil, gloves and stockings.” A number of victims were targeted through a national student job website. 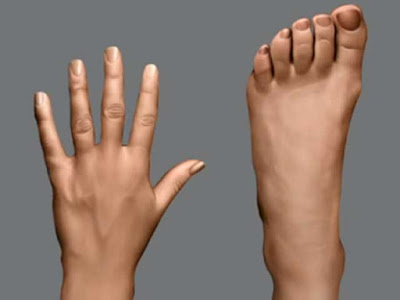 “We have known about this scam for a while, but now someone has spoken out many more victims are coming forward, and the reports are coming to us at an unusual rate,” said Sean Lyons from Netsafe. “People can develop fetishes for any body part, ears, elbows, whatever. We haven’t had any reports yet but I wouldn’t be surprised if there is someone out there offering money for people to take photos of their ears, and saying it’s for ‘art’.” Lyons said so far only one of the victims had identified her feet on an overseas fetish website. “As you can imagine, to find that image requires trawling through these fetish websites, which can be very disturbing. And it also means realising you have been scammed, and why.”

Lyons said statistically New Zealanders were no more vulnerable to internet scams than any other nation, but their “trusting nature” sometimes meant they took promises at face value, and could be easy targets. Detective Superintendent Tim Anderson, New Zealand police’s national crime manager, said: “This particular scam differs from ordinary phishing scams that target individuals or businesses using information specific to the target victim to get money. This involves a legitimate site asking for photos without being clear about the intention or use of those photos. Don’t send personal information, personal details and or photographs to people you do not know without considering the risk that the images or information could be used for other purposes and could be posted online for others to see and share. And finally remember if you think it is too good to be true it probably is.”
Posted by arbroath at 6:04 am
Email ThisBlogThis!Share to TwitterShare to Facebook

And whats so wrong about having your hands and feet on the web. Once again you probably wouldn't care if you got paid. And your hands are pretty much always exposed as well anyway, its not like you are covering those up everytime you got out. Just maybe when its cold. And your feet, god forbid someone sees your feet in the high heels you wore out to dinner the other night. Or when you wore those sandals to the beach the other day. Trust me people who like these fetishes are looking at these times too. They may think about what they saw when they get home anyway if your feet and hands turned them on so much. No they won't have a picture, but just because there are pictures doesn't mean someone isn't already fantasizing about you without the pictures.

I really don't see the big deal. Its not your boobs, or vagina or ass. They are body parts that you expose all the time in public anyway without thinking twice. Your just bitching because of the money.

I like a lot of celebrity feet. When Jennifer Aniston wears her high heels and toe ring onto the red carpet she makes sure her feet look as good as she can because she knows there will be pictures of them taken for fashion reasons as well as people just thinking she is beautiful reasons. You don't wear a toe ring for no reason, its kind of a sign she wants you to look. And anyone whp paints their toe and finger nails..... why do it if you don't want people to look. Your doing it to make them look beautiful. I doubt you'd do it if it were just for yourself. Its to make them more beautiful when going out, or to someone you love intimately.

But all of a sudden its disturbing when its called art and no payment is given. There are far more sinister things in the world. Sex trafficking.As in actual kidnappings for forced prostitution. Rape. Underage. Phone and computer hacking personal pictures of your actual private parts.

Your hands and feet are minor compared to these. You women are very stuck up. You should be flattered people find your extremities to be beautiful. They are not asking for your asshole to be photographed. Geez.

What if they actually have to use feet for there art project...a foot fetish comes naturally men and women can’t even handle to look at feet..asking people for feet pics is not horrible.so these cops are just gunna focus on a foot fetish and not go out and investigate rape or any homo sides, kidnaps like evolve you cops