A terrified couple from Worcester feared a huge 'black panther' would pounce on them through their car window. Robert Ingram, wife Nicola and a friend had been driving through back lanes near Croome Court in Worcestershire at around 1am on Tuesday when they saw the gigantic, muscular beast, rising as high as their car window. The father-of-three saw the big black animal coming straight for them as it looked directly into their eyes near the National Trust property at High Green, south of Worcester. Mrs Ingram, 36, said the 'Rottweiler-sized' big cat lowered its head as it came towards them as if it was 'stalking the car', looking at her with green eyes which reflected the beam of the headlights. 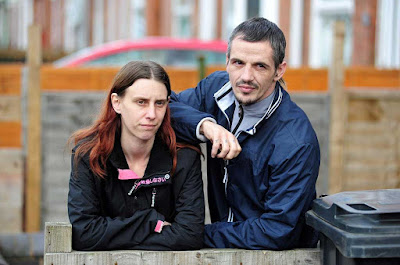 She said: "I was terrified. It looked like it was going to pounce. "It was one of the scariest things I have ever experienced. I was worried about it coming around the back of the car and jumping through the window." Mr Ingram also said he could make out another pair of eyes watching them from the darkness leading him to believe there may be a pair. Panicking, the driver reversed away at speed but before he could turn around the animal calmly sidled past them without so much as a second glance in their direction. Mr Ingram tried to take a photograph as his friend reversed away at speed, concerned the beast was going to attack the car.

Mr Ingram said the beast at one stage drew level with the front passenger seat where he was sitting and was was the same height as the window. He said: "It looked like a black panther. It was right beside the car before it disappeared. It was definitely a panther. I thought it was going to attack the car. It was walking dead slowly. It was very muscular and looked like it was on steroids. My mate Paul reversed at speed because he thought it was going to attack the car. I've never been that scared in my life. It was so close I couldn't have opened the door. That's how I know it was a panther." 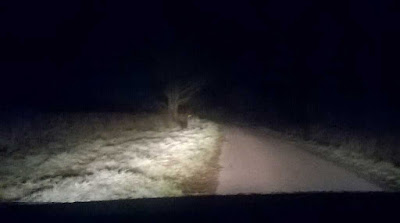 Bob Lawrence, head of wildlife development at West Midland Safari and Leisure Park at Bewdley, said that no-one seemed to be able to produce a clear photograph to authenticate any sightings, adding 'this is the trouble'. Mr Lawrence said: "It's extremely unlikely it is a leopard or a jaguar which is from the jungles of South America. "A leopard would be more likely to survive than a jaguar." He said leopards could be black as well as their more familiar colours. He added: "There has been a circus in Bromsgrove but it's a long shot that an animal has escaped from the circus. They would never let an animal go and do nothing about it. It is extremely unlikely to be a big cat."
Posted by arbroath at 6:00 am
Email ThisBlogThis!Share to TwitterShare to Facebook