A suspected DUI driver U-turned sharply on a busy road in Orem, Utah, sending her dog tumbling out of an open passenger-side window, police said. Orem Police Department Lt. Craig Martinez said the 37-year-old woman, who officers later determined to have a blood alcohol level of more than three times the legal limit, did not initially recognise her dog when it was returned to her, still alive, blocks down the road. 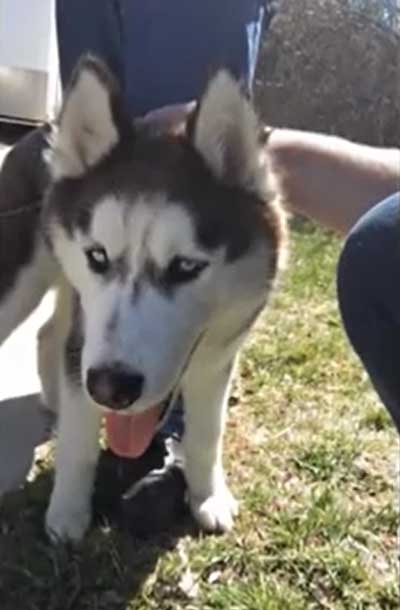 “One of the witnesses picked the dog up, went up to the window and the driver made the statement of, ‘hey that’s a cute dog,’ so she hadn’t even realised that was, one, her dog or, two, that it had fallen out of the car,” Martinez said. Martinez said the woman had already drawn the attention of a few drivers with erratic road behaviour before pulling into an intersection just before noon on Saturday. She prompted multiple 911 calls with the U-turn close to oncoming traffic.

“What happened was the dog fell out,” one man told a dispatcher. “It fell from inside the car out the passenger window.” Jared Koncurat said it was “crazy” when he witnessed the dog fall out of the car. “She had cut off those people, so they slammed on their brakes,” he said. “The dog was right in front of me. I was kind of in shock. I think the dog was in shock.” Koncurat scrambled to get the stunned dog out of the road, as other drivers tailed the SUV and somehow prompted its driver to pull over. 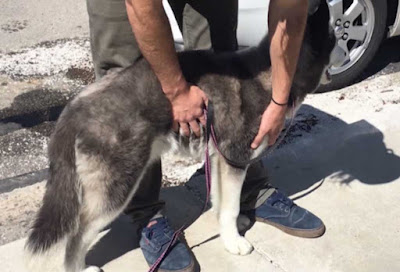 “She is completely wasted,” a woman told a dispatcher during a recorded 911 call. “We have her keys.” Martinez said the woman failed field sobriety tests and had a blood alcohol level of .27 during a breath test. She was booked on driving-under-the-influence related charges. The woman is likely to get her dog, believed to be a husky, back at some point, Martinez said. Authorities have reportedly opted to not release her name in an effort to help her avoid the ire of angry dog-lovers.