Two hikers whose apparent disappearance triggered a massive four-day search operation were found miles away obliviously busking on a street in Asheville, North Carolina. Tesla Rackley, 20, and Anthony Logan, 25, were reported missing during a Pisgah National Forest camping trip with family on Saturday. Authorities in Henderson County sent out a press release to media on Monday asking the public be on the lookout for the pair. 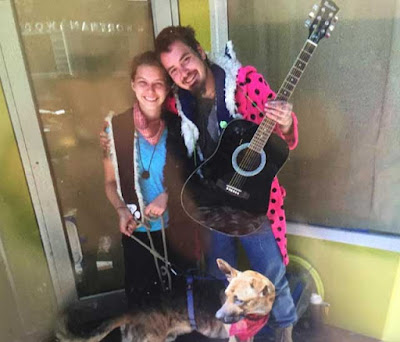 On Tuesday afternoon, Logan and Rackley were found busking in front of Mast General Store downtown with their dog, unaware of the search efforts underway to find them. "Two sheriffs approached us and asked us our names, and we were surprised and answered, 'Yeah'," Logan recalled. "And they explained to us they were from Transylvania [and] I want to say Brevard, and they were here to locate missing peoples." Henderson County law enforcement says tens of thousands of dollars were spent to locate the pair. 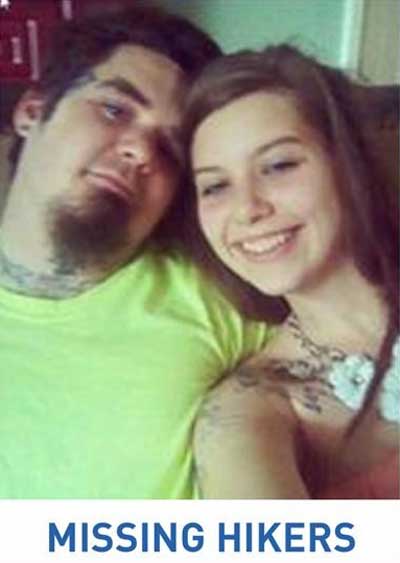 "The amount of effort and expense that's gone into this recovery effort is tremendous," Maj. Frank Stout of the Henderson County Sheriff's Office said of the search. "We've had helicopters in the air for a couple of days," Stout said. "We've had multiple resources from Henderson and Transylvania County, the Upstate of South Carolina. People have given up their time. They've sacrificed their work." The hikers said they got separated from family and couldn't backtrack and find them, so they ended up hitching a ride to Asheville. 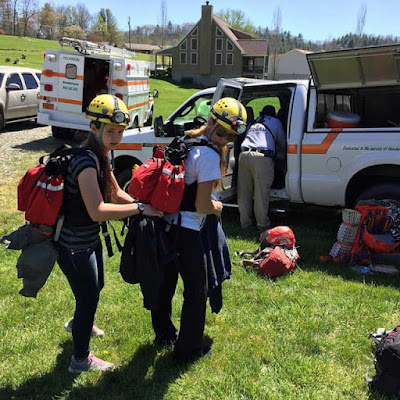 They didn't call family, Logan said, because it slipped his mind. "I feel, like, obligated to feel sorry, and it's my fault that a whole bunch of people had to work for no reason," he said. Stout says even though the hikers ultimately didn't need the expansive search, he would respond the same way in the future. "When we've got lost hikers, we're going to respond with everything we've got in the toolbox, as you would fully expect," Stout said. "That's what the public expects, and that's the effort they will give each time we go out and look for hikers." Stout says the couple will not face any charges.
Posted by arbroath at 6:06 am
Email ThisBlogThis!Share to TwitterShare to Facebook

Young couple loses family, hitches a ride away from family and doesn't call to find family........

They sent little girls to find lost children? Were there any adults at all involved here?

Wow, how inconsiderate to not bother to call your family (who bothered enough to look for you). Also hate the way he says "Obligated to feel sorry!"