A Michigan man is facing charges for allegedly punching a paramedic while extremely drunk and barking and growling like a dog. 51-year-old Tim Saling of Farmington Hills, faces charges of felony battery to an emergency rescue worker and disorderly conduct.

According to a criminal complaint, EMS and police were called to the American Club at around 11:30pm on Monday for a medical call. When police arrived, they found Saling laying down and screaming on the front patio of the Club. Officers on scene tried to ask Saling about how badly he was hurt, but they say he kept screaming and started growling and barking like a dog. 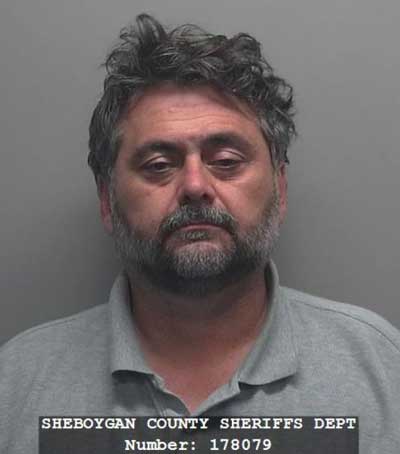 Police say they were able to smell alcohol on his breath. When Orange Cross EMS arrived, the paramedics helped Saling back towards his room in the Club because he was unable to get up the stairs himself. He then allegedly started punching one of the paramedics in the head and went back to growling and barking like a dog.

Officers and EMS brought him back downstairs and out to the ambulance to take him into custody. Saling was transported to St. Nicolaus Hospital and held for observation Police say a blood draw put his blood alcohol level at .253. When Saling sobered up, police interviewed him again, and he told them he has no memory of the events of that night. He did apologise, and police say he said he had consumed brandy and whisky, but was unsure how much.
Posted by arbroath at 6:07 am
Email ThisBlogThis!Share to TwitterShare to Facebook