A farmer in Menomonie, Wisconsin, recently rescued a baby alpaca after spotting her head peeping out of a hole in the grass. "I found her just several inches underground," farmer John Govin said. 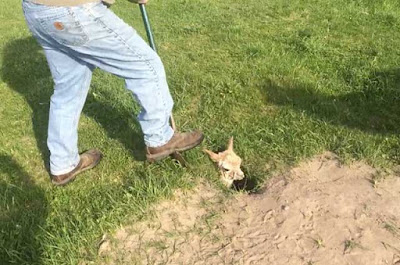 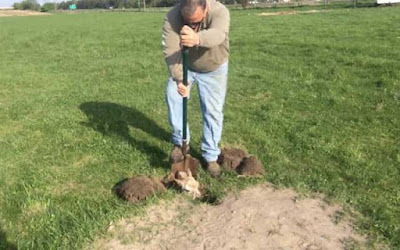 "Her little head was just looking up and out of the hole. It looks like she fell into what appeared to be a badger hole." The alpaca, part of a small herd on Govin's farm, was just a week old when she went missing on May 7, Govin said. 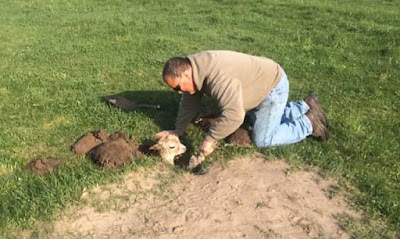 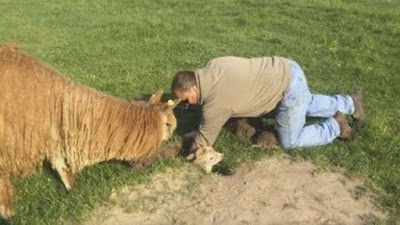 He added, "She didn't come in with mom for grain that night." But fortunately, the alpaca popped up (quite literally) the next morning, Govin said. The farmer initially tried to pull the alpaca out with his bare hands, but her leg was wedged, so he had to go and get a shovel to dig her out. 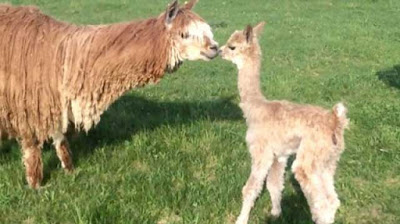 Video has no sound.

"She's doing just fine now," Govin said. "We're thinking about naming her Dusty. Alpacas love to take dust baths, and we think she was probably rolling in the dust when she slid into the hole by accident." Govin added, "This was certainly the strangest thing I'd ever seen."

You can watch the original Facebook video, with sound, here.
Posted by arbroath at 6:03 am
Email ThisBlogThis!Share to TwitterShare to Facebook