An Alabama man was arrested in West Marin, California, after allegedly threatening a resident with a machete in an argument over dog faeces on Thursday. The incident occurred shortly after 9am when a group of tourists in two cars stopped along Highway 1, and one of the drivers let his dog out. 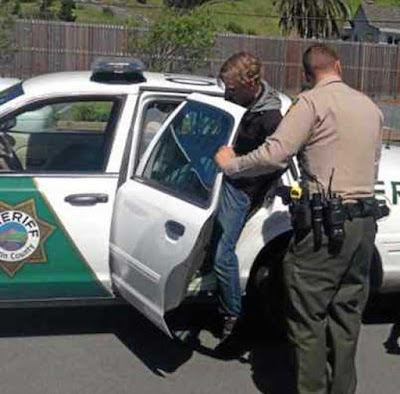 When the dog defecated along the road, a resident came out to complain, and an argument ensued. Then the driver went to his car and pulled out a machete about 24 inches long, sheriff’s Lt. Doug Pittman said. The man allegedly held the machete over his head and made a swiping motion. The resident retreated and called authorities. The tourists drove away.

The resident was able to provide deputies with a description of the car and its correct licence plate number. The license plate was from Alabama. Authorities found the suspect about 90 minutes later at the Muir Beach parking lot. The suspect acknowledged being involved in the incident but said he retrieved the machete because he feared for his safety. 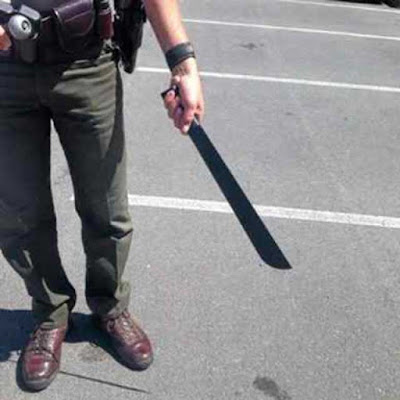 He told deputies he had to let out his dog, which was about 70 to 80 pounds, because it seemed to be getting sick in the car. His travelling companions declined to provide statements to deputies. Jordon Ryan Turner, 31, of Bay Minette, Alabama, was booked into Marin County Jail on suspicion of assault with a deadly a weapon. His bail was set at $50,000. “The irony of the whole thing is that it took place in Dogtown,”added Pittman.
Posted by arbroath at 6:06 am
Email ThisBlogThis!Share to TwitterShare to Facebook