Burglary suspect turned out to be a duck

A suspected burglar who entered a woman’s home in Florida on Tuesday morning turned out to have webbed feet and a beak. 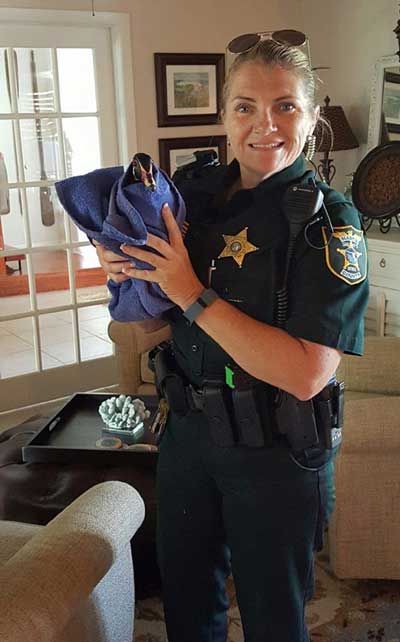 A resident called 911 after she returned home in Palm City from walking the dog to find her front door open and noises coming from inside the house, according to Martin County Sheriff’s Office.

The suspected criminal turned out to be a duck. The department said on its Facebook page: “Deputy (Becky) Brady advised that the suspect tried to duck out on her several times.

“They were able to apprehend him without rattling any feathers. Despite a fowl attitude, the uninvited house guest was released and not charged. Another MCSO case quacked.”
Posted by arbroath at 6:04 am
Email ThisBlogThis!Share to TwitterShare to Facebook