15-year-old Darby Risner of Trussville, Alabama, got stuck in a giant Barney dinosaur head on Sunday night, after finding it at a friend's house. Darby said she had wanted to scare her friends with it when they came downstairs, but the prank turned into a joke on her when she couldn't get out of. 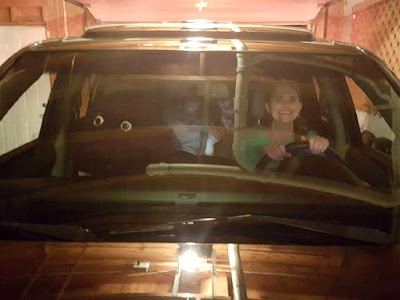 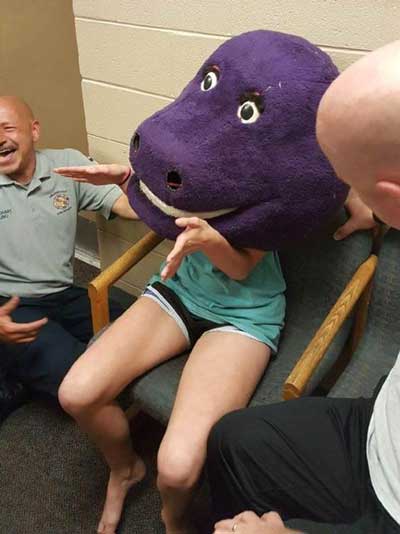 When Darby sat down, she said the head "wobbled and scooched down" over her shoulders, stopping just above her elbows and giving her "short little Barney arms." "All the girls started trying to pull it off, but it wasn't budging," Darby said. "I started getting a little claustrophobic and felt like it was kind of closing in." At one point, Darby said her friends tried to rub Vaseline all over her arms. Though the head moved up a bit, it still didn't come up all the way, she said. 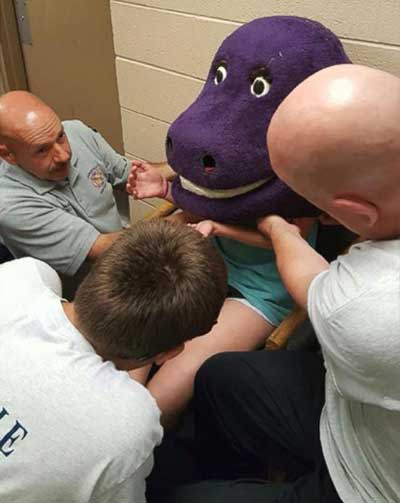 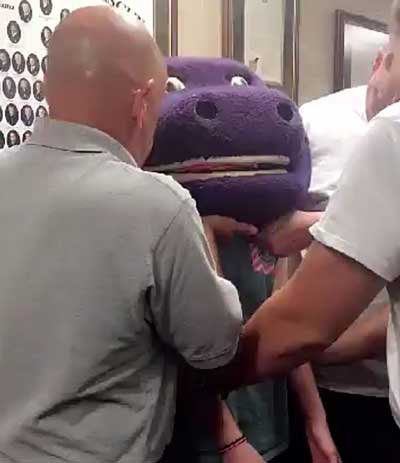 One of Darby's friends had a boyfriend at the Trussville Fire Department, so they called to ask for help. But since Darby and her friend's mother didn't want to "alarm the whole neighbourhood with sirens," she said they decided to drive to the fire station rather than have the trucks come there. "Soon enough, we saw a group of young girls waddling with one who had a Barney head stuck on her," said Trussville Fire Department Lt. Vince Bruno. 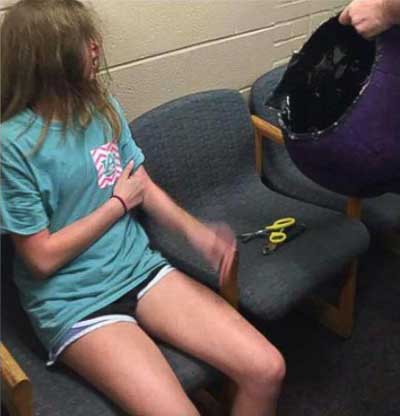 He said the sight was a "first" in his 33-year career at the department. "It was definitely amusing, but of course, we had to take it seriously, too," Bruno said. He explained that he and a few other firefighters tried to pull off the head but to no avail at first. They then made a few "release cuts" into the head made of fiberglass, which then allowed them to "slide it right off," Bruno said. The fire lieutenant added that the fire department and girls had a few laughs about the incident, which he said was "definitely a story to look back on an tell for generations to come." Darby said that although the incident was embarrassing, she's learning to laugh about it.
Posted by arbroath at 6:05 am
Email ThisBlogThis!Share to TwitterShare to Facebook