Chicago man Larry Gambles has won the lottery for the second time, using the same numbers. 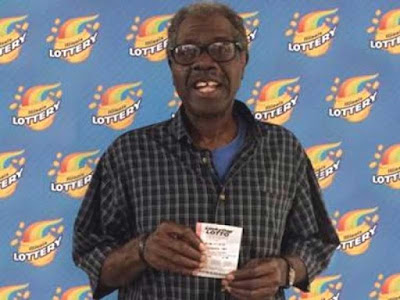 "Nine years ago, I won $50,000 playing the numbers from the jerseys of my high school basketball team," Mr Gambles said. "I’ve been playing the same numbers ever since. I can’t believe they paid off again."

Mr Gambles, 65, a retired school administrator, plans to share the winnings with his family and friends. Mr Gambles' advice to other lottery players is to pick your favourite numbers and stick with them. "It worked for me," he added.
Posted by arbroath at 6:05 am
Email ThisBlogThis!Share to TwitterShare to Facebook