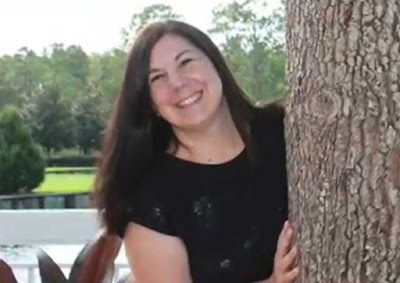 According to police, Ms Kortes was not satisfied with the cake, and went back behind the bakery counter to fix it herself. When employees told the woman she couldn't be back there, she reportedly became upset.

That's when police say she took the cake to the front of the store and "proceeded to 'drop kick' it." Pieces of cake were said to be everywhere in the bakery store. As Ms Kortes left, she also kicked over a wet floor sign. Officers spoke with Ms Kortes, who told police she was upset about the poor quality of the decoration.

Ms Kortes said she went behind the counter because employees told her she could, and denied kicking the cake, saying it fell out of her hand. A witness told police Ms Kortes threw the cake to the ground, stepped on it several times and yelled, "They f*cking ruined my seven-year-old's birthday cake!" Ms Kortes is expected to appear in court on June 29.
Posted by arbroath at 6:07 am
Email ThisBlogThis!Share to TwitterShare to Facebook

Now I'm interested in seeing the cake. She should have taken a picture of it and sent it to CakeWrecks.com.

That 7 year old is getting a bad start in life...