A man who won $3 million on a scratch-off lottery game last year in Waycross, Georgia, invested all of his winnings in a crystal meth trafficking ring, federal prosecutors say. 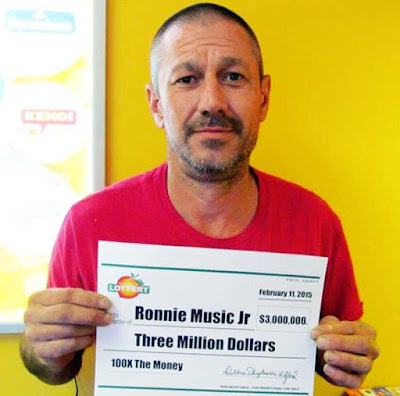 Ronnie Music, Jr, 45, plead guilty to federal drug trafficking and firearm charges during a plea hearing last week. Evidence presented in the case suggested Music worked with a group to gain access to and distribute methamphetamine throughout Georgia.

Some of Music's conspirators were caught trying to sell about 11 pounds of crystal meth, valued at more than $500,000. Music was revealed as the supplier during the investigation. Agents seized over $1 million worth of methamphetamine, a large cache of firearms, thousands of rounds of ammunition, multiple vehicles, and over $600,000 in cash. 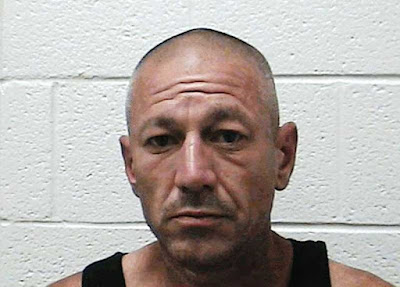 "Defendant Music decided to test his luck by sinking millions of dollars of lottery winnings into the purchase and sale of crystal meth," United States Attorney Ed Tarver said in a press release. "As a result of his unsound investment strategy, Music now faces decades in a federal prison."
Posted by arbroath at 6:06 am
Email ThisBlogThis!Share to TwitterShare to Facebook

I remember a time when we worried that people couldn't differentiate between tv and the real world. Well, folks, here you have the result. The dude could not comprehend that Breaking Bad was only a program.

Plain and simple, this man is a tool.

Tools are useful. He's more of an idiot.