Man who led police on 42-mile chase said he was too scared, high and drunk to stop

Jeremy Carf, 37, from Aurora, Indiana, led officers from five different law enforcement agencies for 50 minutes to Corinth, Kentucky. During the pursuit, speeds varied between 40 and 90 miles per hour, deputies said. Authorities tried using “stop sticks” twice, but they were not successful. 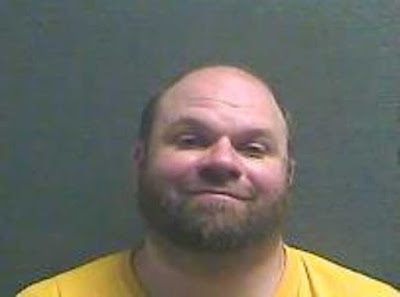 While they were driving through Williamstown, Carf called the Boone County Dispatch and said he was scared to stop because he was high, drunk and just broke up with his girlfriend, deputies said. The dispatcher was able to convince him to stop near to Corinth.

Carf was charged with speeding, reckless driving, DUI, fleeing or evading, possession of marijuana, possession of drug paraphernalia, operating on suspended or revoked licence and a Boone County flagrant non-support arrest warrant. He was being held in the Boone County Detention Center.
Posted by arbroath at 6:05 am
Email ThisBlogThis!Share to TwitterShare to Facebook