An unsuspecting man in Maine got a shock when he dialled the phone number on the back of his electronic benefit transfer card. Trying to check his benefit balance, he got through to a sex line instead. 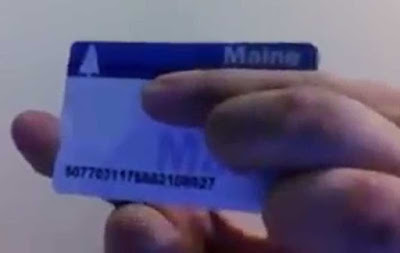 In an unfortunate misprint on some cards, the number to report lost and stolen cards put callers through to a live chat line. The Maine Department of Health and Human Services said it was aware the number was wrong by one digit.

When LJ Langelier, 25, called the number a recorded voice gave him an unexpected invitation: "Welcome to America's hottest talk line. Ladies, to talk with interesting and exciting guys free, press one now." "I was like, 'Wow, I must have messed that number up somehow really bad'," he said. "I look at the card, I dial it the exact same way again, and it keeps happening.

"I thought it was just hilarious." When he checked with friends, they turned out to have the same misprint. In its defence, the human services department says the company that operates the sex line searches for phone numbers that are very similar to widely published government phone numbers and buys them to take advantage of consumers misdialling. It said the number was being corrected on all new cards.

You can watch LJ Langelier's Facebook video where he calls the number here.
Posted by arbroath at 6:07 am
Email ThisBlogThis!Share to TwitterShare to Facebook