Children used a CPR dummy in a late-night bid to break into an Illinois convenience store on Monday, police report. The attempted 11:30pm burglary of the Jackpot Supermarket failed since the Peoria business’s front door was protected by a series of metal bars. 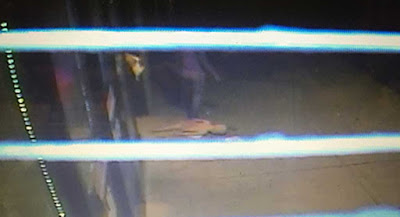 According to officers, the suspects, three girls and two boys, are all around 10 years old. The CPR dummy, a Peoria Police Department report notes, “was used to break the glass out.” The children fled before police arrived. Officers noted that the glass on the market’s door had been shattered.

The young suspects had left the child-size CPR dummy behind at the scene. Market owner Moe Abdul said that he was familiar with the minor suspects, saying that they had been previously thrown out of the store for stealing merchandise. The businessman, paid $500 to replace the broken glass. 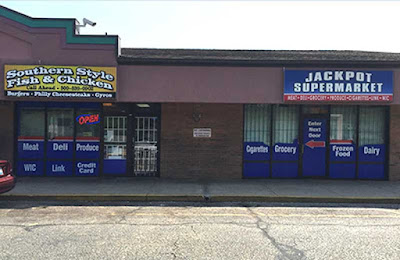 He estimated that the youngest suspect was eight and the oldest was around 15. Abdul said that after the youths failed to break into his store, they proceeded to burgle a neighbouring market that did not have bars on its windows. The CPR dummy was abandoned on the pavement outside the supermarket. The dummy was subsequently collected by a police evidence technician.
Posted by arbroath at 6:07 am
Email ThisBlogThis!Share to TwitterShare to Facebook

It sure looks like an alien to me. I think the CPR dummy is just a cover for an alien encounter gone wrong that they want to cover up.