A couple broke into a residence near DeLand, Florida, and stole steaks, liquor, pots, pans and more than $8,000 in guns and ammunition, Volusia sheriff's investigators said. Kimberly Offutt, 42, and her boyfriend , Michael Stites, 29, who both live at a home near DeLand, were arrested on Tuesday. Offutt was charged with grand theft of firearm, dealing in stolen property, armed burglary, grand theft and use of a two-way communication device to commit a felony. She is being held in jail on $50,000 bail. 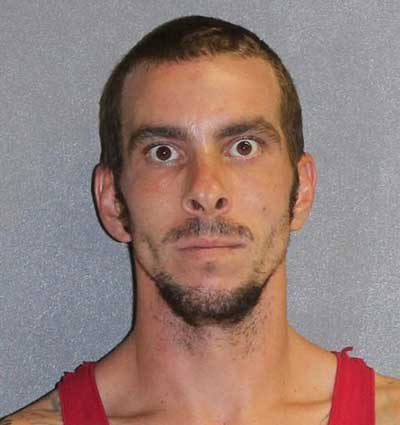 Stites was charged with driving without a licence, armed burglary, dealing in stolen property, grand theft of firearm, grand theft, possession of a firearm by a convicted felon and possession of ammunition by a convicted felon. He is being held on $70,000 bail. According to Volusia County sheriff's investigators, the couple broke into the home of a resident who was on vacation the weekend of July 15 to 17. Offutt used to do yard work for the victim, deputies said.

Investigations revealed that the couple forced their way into the home though a back door and took rifles, handguns and shotguns valued at $7,970. The pair also stole about a dozen military ammunition boxes loaded with different types of ammo, a report details. In addition to the weapons and ammunition, Offutt and Stities also stole the homeowner's steaks, liquor and pots and pans. Not satisfied with the meat, liquor and guns, the couple also cleaned out the home of fans, television sets, mechanical tools, tool sets, pool table equipment and even a metal can and ice tea bottle filled with coins, sheriff's investigators said. 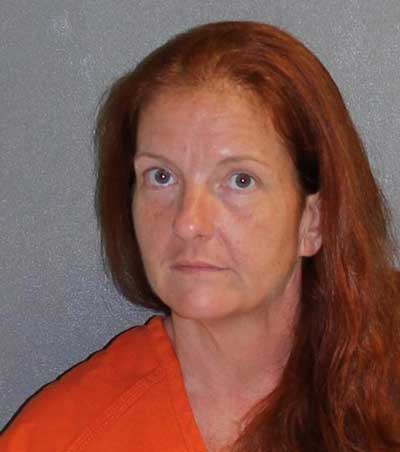 All the other stolen items had an estimated value of $2,220. Deputies got their first lead on the pair after they tried to sell some of the stolen merchandise to a friend of the victim's. Deputies were informed that Stites was Offutt's Facebook friend and investigators searched Facebook and found Stites. On Tuesday, a deputy spotted Offutt's van at a gas station in Deltona and detained the woman with her boyfriend. In the van, deputies found the stolen property, including the homeowner's spiced rum. Offutt was found with $400 investigators said she got for selling the guns that were not recovered.
Posted by arbroath at 6:06 am
Email ThisBlogThis!Share to TwitterShare to Facebook

I think it's kinda sweet, going out on a couple's burglary.

"Hey honey, you want anything while we're here."
"Well I could use some new pots and pans, that's for sure, and that TV would be nice in the kitchen and if we took that tool set, I could give it you for your birthday".
"Aw honey, you're so thoughtful".