Controversy over puppet chef making haggis with a condom wrapping

Parents in Sweden have complained after they sat down with their children to watch a television programme only to watch a puppet character use a condom to make the Scottish delicacy haggis. The Scots dish is traditionally made from sheep's innards minced with onion, oatmeal and spices and wrapped inside the animal's stomach, although these days artificial skin is normally used. 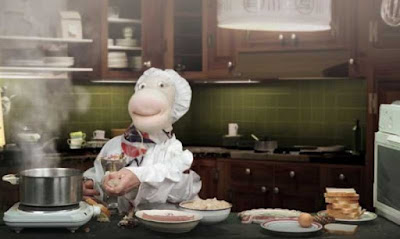 But a children's television show took culinary creativity to a whole new level when the host, a puppet chef of French descent named Bon, instead decided to stuff the meat and juices in a condom. Explaining in the video that he does not have an animal stomach at hand, he reaches for a handbag, saying: "Grandma usually has things in her bag… perhaps there's something we can use. Balloons! That will work just as well." 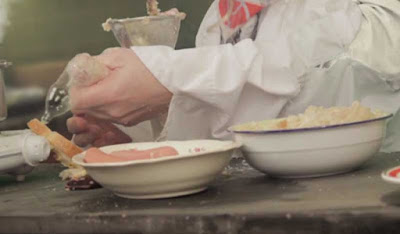 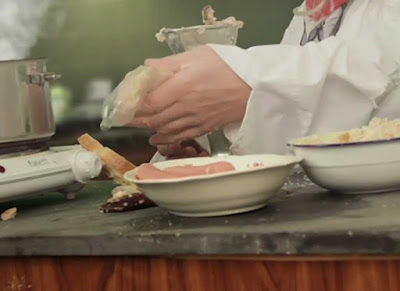 Except what he attaches to the sausage-style haggis machine is clearly not a balloon, but a condom. "I'm watching Bon who is today making haggis and is using a CONDOM as a balloon because there wasn't a sheep's stomach. WHAT ARE YOU DOING?!?? Disgusting, unethical and highly inappropriate," one furious viewer said. SVT's head of children's television, Johanna Gårdare, defended the condom haggis. "It's of course unfortunate if our content upsets the viewers, whether it's the target group or their parents. The purpose in this case was to entertain. 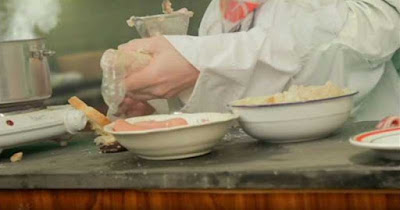 "I understand if you don't appreciate this kind of humour, but I can't see that it's inappropriate by definition to show a picture of a condom in a humourous show aimed at children in middle school," she said, adding that she had only received three complaints from parents. Asked if she was surprised by the reactions, she said: "Sometimes you get very surprised by what upsets people, because different things upset different people. Our intention is never to upset parents, but to entertain and deliver good content for the children (and parents). In my experience all content that touches at all on the area of sex gets more reactions than other content, so for that reason I'm not surprised."

You can watch the video clip here.
Posted by arbroath at 6:02 am
Email ThisBlogThis!Share to TwitterShare to Facebook

It's probably less awful using a condom than a bit of offal.

"Disgusting, unethical and highly inappropriate," ...about the condom, but killing an innocent creature and chopping it up is ok ?