Traditionally, it's china shops that fear a mighty bull entering the premises. 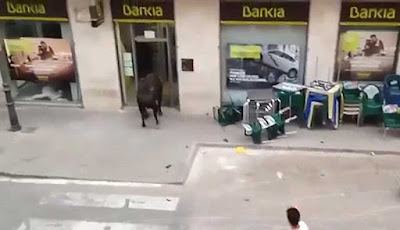 But one bull entered a different kind of establishment during the annual bull run at a festival in Cheste, Valencia, Spain. 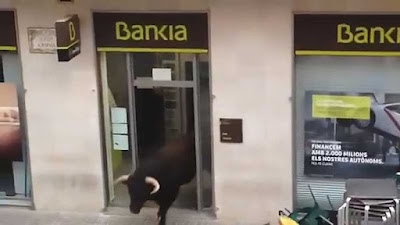 The half tonne beast took a break from chasing revellers to slip inside the door of a Bankia branch.

Several runners followed the bull into the building and held the door open so it could emerge onto the street and continue on its way.
Posted by arbroath at 6:03 am
Email ThisBlogThis!Share to TwitterShare to Facebook

I guess that's a...
*puts on sunglasses*
a bull market