Crowd came to busker's rescue after woman disrupted his performance

A busker in Liverpool city centre was approached by a woman on crutches who stood close to him in an attempt to prevent him from playing. 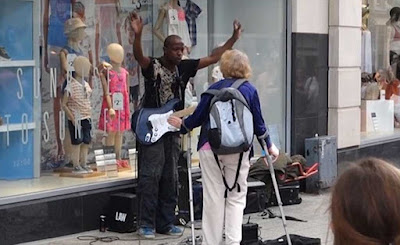 She blocked the crowd’s view while talking to him for several minutes, apparently unhappy about how loud the music was. 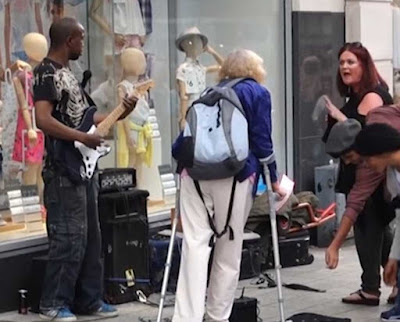 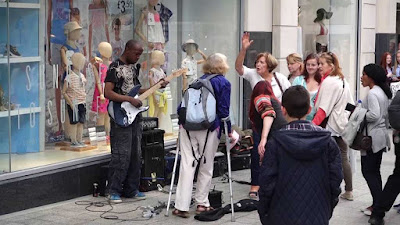 The busker gradually became more and more unhappy that she was blocking the crowd’s view and disrupting his performance.

He signalled and pleaded with the woman to move on, but she wouldn't go away. Eventually, the crowd took matters into their own hands.
Posted by arbroath at 6:00 am
Email ThisBlogThis!Share to TwitterShare to Facebook