A man had to be rescued by firefighters after getting stuck in a swing at a children’s playground. Crews from Rayleigh Weir station were called to Crouch Park, Hullbridge, Essex, at about 9.50pm on Thursday. 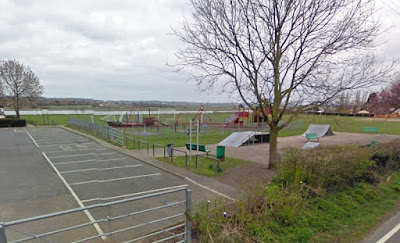 They spent 50 minutes using specialist cutting equipment to free the man, who had become lodged in the swing. Residents noticed the piece of play equipment was missing when they visited the park the following morning.

Chris Young, who lives at Crouch Caravan Park, said: “I saw all the lights, but I didn’t want to go over as there were loads of youngsters there and to be honest didn’t know what was going on. The man must have been on the little swing which toddlers put their legs through as one of them is missing. My first thought was that this guy is an idiot.” 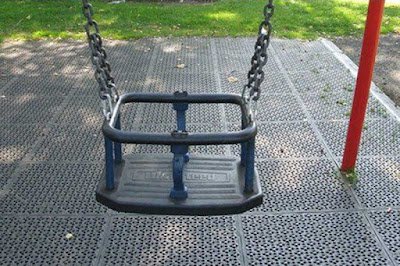 Mandy Addington, 52, of Hullbridge, added: “It’s unbelievable. I hope this man is going to pay for the cost of replacing or repairing the swing.” A fire service spokesman said: “It was an adult male stuck in a swing. Crews used some of their specialist cutting equipment to release him by 10.42pm.” Rochford Council has vowed to replace the swing “as soon as possible”.
Posted by arbroath at 6:01 am
Email ThisBlogThis!Share to TwitterShare to Facebook