Fox nursed back to health with pizza

A fox has been nursed back to health by a couple in Yeovil, Somerset, after developing a taste for pizza. Jimmy the urban fox, who is actually a female, turned up in the couple's quiet back garden three years ago. The feral vixen was emaciated, suffering from a serious case of mange which left her with painful scabs and bald patches. 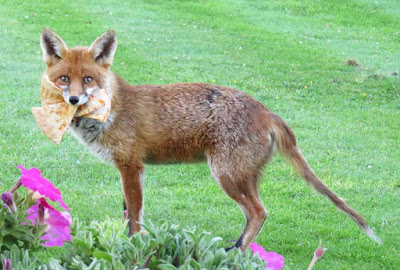 The loyal nocturnal predator now returns to the Hawker's home most nights for dinner and evens wanders into their conservatory looking for a slice of pizza. Maxine and Tony Hawker got some medication from the vet and mixed in into dog food and watched as Jimmy slowly gained strength and recovered by sunbathing on their lawn. 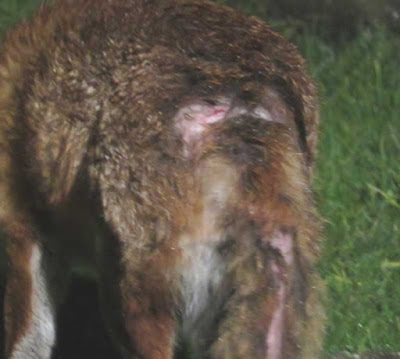 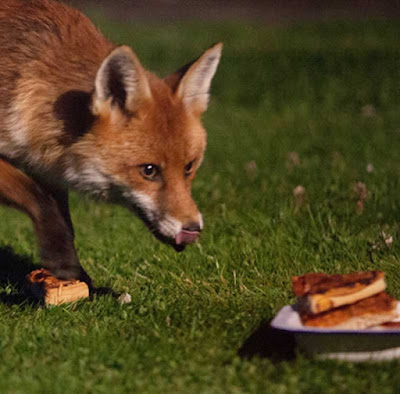 She makes special trips to discount supermarkets to stock up on cheap cheese pizzas for Jimmy, which she cooks twice a week alongside her own dinner. Maxine, 64, said: "It's not every night - she'll come for a few nights in a row, and then we won't see her for a while. For the last four weeks she has started to come with a little cub. This dear little cub is only three or four months old. We did wonder because recently she was taking so much back and then coming and eating herself. 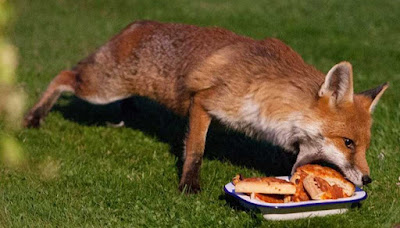 "She usually comes between 6pm and 9.30pm and sometimes first thing in the morning. I used to feed her dog food but I read up about them and it said that foxes prefer sweet food. A few months ago I had the grandchildren around and I had made them a pizza and there was some left over, so I left it out for him. I saw how quickly she took it and he loved it, so now I buy cheap ones for her. I feed her the pizza twice a week. It's ever so funny because when I leave dog food and she looks at me as if to say 'where's the rest?'" Maxine and Tony named the fox Jimmy before later realising it was a female.
Posted by arbroath at 6:02 am
Email ThisBlogThis!Share to TwitterShare to Facebook