A wallaby caused chaos for trains travelling between Stalybridge, Greater Manchester and Huddersfield.

The animal escaped from a farm in Marsden and strayed onto train tracks at around 11.15am on Friday.

Train services between the two stations were forced to run at reduced speeds while attempts were made to capture the creature. It has since been caught and returned to the farm, which houses a total of three wallabies. 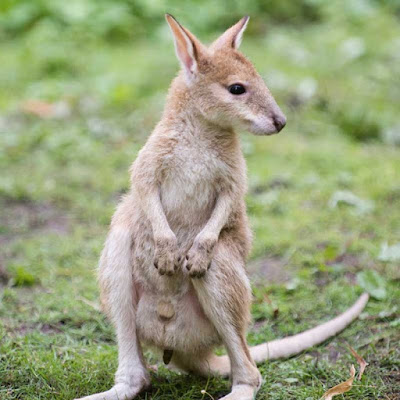 A spokesman from First Transpennine Express said: “It was causing mayhem for about half an hour. It has now been captured and has been taken back to its farm.” Ross Easton, from Network Rail, said: “Wallabies are a new one on us.”
Posted by arbroath at 6:01 am
Email ThisBlogThis!Share to TwitterShare to Facebook