There was an unusual scene at a hair salon in Escondido, California, when a man went in to complain about his haircut and ask for a refund on Wednesday. Adam Cripe said he wasn't happy with the new hairstyle he got at En Salon. “It was so terrible, I went home and I shaved my head,” Cripe said. When he returned to the salon and asked for a refund he was confronted by another customer. 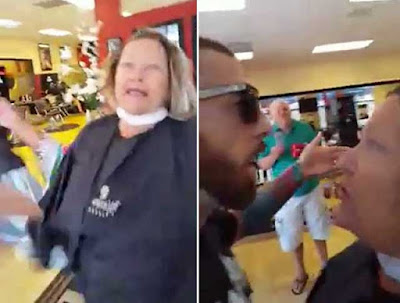 “The lady who was getting her hair cut comes around the corner screaming at me. She gets up in my face and says you're uneducated, you're a tattooed piece of sh*t.” Then, according to Cripe, the woman's husband chimed in. “And he says, ‘quit being a sissy, it'll grow back.’” Cripe said neither of the two salon employees said a word or tried to intervene. 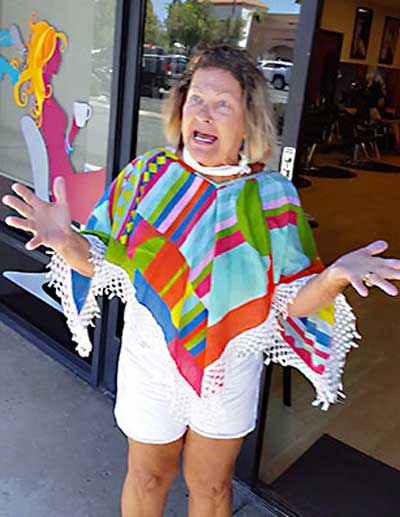 He says the 70-year-old female customer got so aggressive he felt he should start recording it to prove she was attacking him. “She starts coming at me accusing me of assaulting her, which you can see on the video. I never even touched her, I was holding my phone up, hands in the air.” He said the woman was trying everything to get him out of the salon. "Pushing me, pushing me. You know a little bigger lady, bump me with her chest, she chest bumped me.

“Then at one point she grabbed my little love handle right here and squeezed it really hard and tried to push me back with that." She followed Cripe outside and tried to start a fight. “Get out here and pound it down," the woman is heard yelling in the video. "Adam was in the right, he shouldn't be treated that way at all," the salon owner said when asked for a statement on the incident. Cripe said that although the owner offered him free haircuts for a year, he will never return to En Salon.

You can watch the raw video here. Contains some NSFW language.
Posted by arbroath at 6:07 am
Email ThisBlogThis!Share to TwitterShare to Facebook

Follow Adam Cripe on FB, to discover WHO the woman is & her relationship to the salon