A giant mechanical puppet of a Cornish miner has taken its first steps on a 130-mile journey across south-west England. 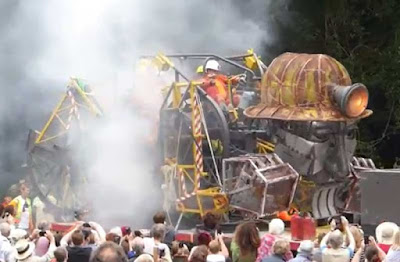 The 10-metre (32.8ft) tall The Man Engine is making an historic journey to celebrate the area's mining history. 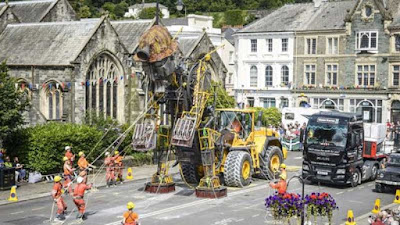 The puppet, which weighs 40 tonnes, is the same height as a double decker bus when in "crawling" mode but more than twice that height when standing.

It was launched in Tavistock, Devon, and will reach west Cornwall on 6 August. The Man Engine is operated by a team of volunteer puppeteers, who use ropes to control the giant model.
Posted by arbroath at 6:00 am
Email ThisBlogThis!Share to TwitterShare to Facebook