A single woodland nut, chewed by a dormouse, had a central part to play in a High Court dispute over a controversial housing development in South Devon. Dormice are protected under European law and objectors to the scheme in Dartington pointed to the tooth-marked nut as evidence of the notoriously shy animals' presence. In a stunning victory for campaigners, a senior judge has now overturned planning permission for 32 new homes off Forder Lane. 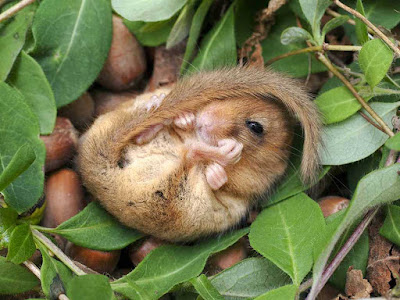 The case was spear-headed by Elizabeth Wilkinson who would have faced eviction from her bungalow home had the project gone ahead. The nut did not in the end prove decisive, but the judge ruled South Hams District Council went wrong in law when it granted planning consent. The site is currently occupied by 18 affordable, one-bedroom, bungalows built by the Dartington Hall Trust in the 1960s, the court in London heard.

Mrs Wilkinson lives in one of them, but officials say they no longer match up to "decent home" rules and should be demolished. The council granted planning permission for the development to the South Devon Rural Housing Assocation in December last year. The consent was for 32 new homes, including 12 affordable one-bedroom flats and eight dwellings for learning disabled people in need of support. Fighting the decision, Mrs Wilkinson's lawyers said, amongst other things, that the project would destroy the habitat of dormice in nearby woodland. 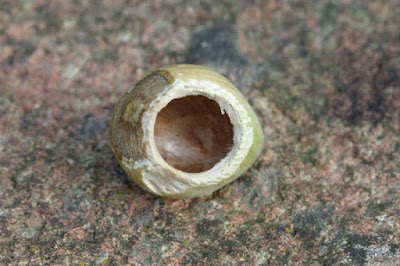 Natural England was consulted about the dormice and a "nut survey" was carried out in January last year, said Mr Justice Hickinbottom. "The survey revealed a single dormouse-chewed hazelnut within the woodland", the judge added. That confirmed that dormice were living in the woods, which would be cleared as part of the scheme, "albeit in extremely limited numbers". Mr Justice Hickinbottom's decision sends planners back to the drawing board and means the council will have to consider the site's future afresh.
Posted by arbroath at 6:01 am
Email ThisBlogThis!Share to TwitterShare to Facebook