Ikea customers trapped in car park for over three hours

Shoppers were trapped for up to four hours as they tried to leave the UK's newest Ikea store on Sunday afternoon. 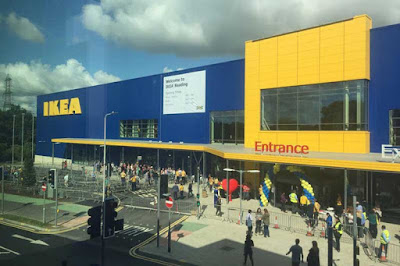 Customers complained of gridlock at Ikea Reading during the first weekend of opening. Store manager Johanna Heuren said a "traffic management plan" would remain in place while the cause of Sunday's delays was investigated. 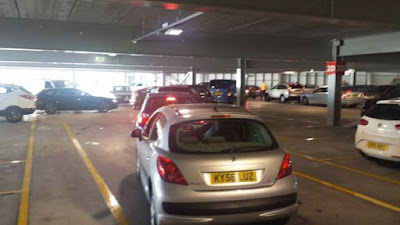 Ms Heuren added: "The number of visitors to the store was in line with the previous busy days during the opening weekend where our traffic management plan worked efficiently as planned." Police were called to help with the traffic problems. 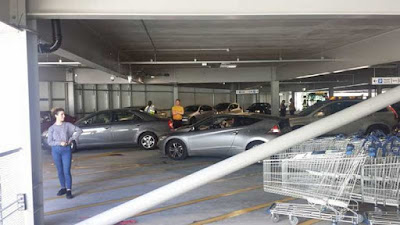 Thames Valley Police say officers: "Spoke with Ikea management and gave advice due to the impact on the local road network. However, police have limited powers to direct traffic on the highway in the absence of an emergency or a traffic regulation order."

With video of drivers honking their horns.
Posted by arbroath at 6:03 am
Email ThisBlogThis!Share to TwitterShare to Facebook

Oh my. And, they probably ran out of meatballs.