A 7-year-old dachshund named Winnie Pooh was left a $100,000 trust fund from her late owner, but isn’t receiving money, according to a new lawsuit in New York. The Manhattan Surrogate’s Court suit was filed by Winnie Pooh’s caretaker, Gramercy Park resident Virginia Hanlon. Hanlon was a friend and neighbour of Winnie Pooh’s owner, Patricia Bowers, an unmarried economist who died in 2010. Bowers appointed Hanlon as the dog’s guardian and another friend and lawyer named Harriet Harkavy as executor of her estate. 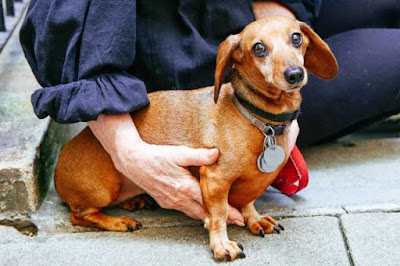 The will says Harkavy must pay Hanlon income from the trust on a quarterly basis for Winnie Pooh’s care, but the dog’s guardian says she’s only received a few $10 cheques. Hanlon, citing ASPCA guidelines, says Winnie Pooh requires $6,000 yearly for routine care, dog walkers, feeding and medical procedures. Hanlon had to dig into her own pocket to pay for $5,775 emergency orthopedic surgery for Winnie Pooh last year, her suit says. A reimbursement cheque from Harkavy bounced due to insufficient funds, the suit says. “The unavailability of funds, however brief, causes me great concern,” Hanlon tells the judge in court papers.

The second time, the cheque cleared. Harkavy blames the bank. Hanlon says in court papers that Harkavy is also trying to use Winnie Pooh’s trust fund to boost her own social standing. In 2013 Harkavy had proposed paying Hanlon a $30,000 lump sum for Winnie Pooh and donating $70,000 to the Animal Medical Center. Bower’s will says the animal charity should only receive whatever is left over in the trust after Winnie Pooh dies. “What a coup that would have been for Ms. Harkavy. She would have been feted and lauded amongst her Sutton Place friends for advancing the payment for the sake of charity,” Hanlon adds in the court papers. 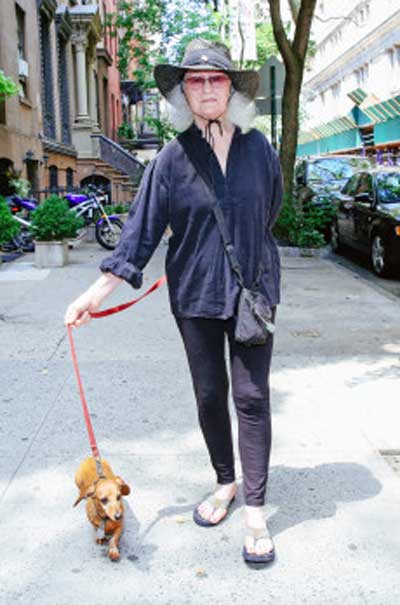 The dog guardian rejected the offer after calculating that the dachshund will likely live until the age of 15. The lifetime costs for the dog total $90,000, the suit says. Hanlon is demanding financial documents related to Winnie Pooh’s trust and back pay for her care. In a letter filed in court, Harkavy says Hanlon is misinformed. “My dear friend Pat Bowers would be aghast at your very hostile and certainly unpleasant attitude toward me,” Harkavy tells Hanlon in the letter. “I can only hope you are taking better care of her dog,” she says. Attached to the letter is a bank statement showing a $94,000 balance in Winnie Pooh’s trust. Harkavy said on Thursday that Hanlon has “gotten everything she should by law and by the terms of the trust.”
Posted by arbroath at 6:03 am
Email ThisBlogThis!Share to TwitterShare to Facebook