Police in Missouri say a man who allegedly beat a police officer with his prosthetic arm in May is back at it again, this time hitting a woman with his arm during a road rage incident.

Jefferson County authorities say Joshua Stockinger was involved in a road rage incident during the second week of July. Stockinger allegedly used his prosthetic arm as a weapon to seriously injure a husband and wife. The husband, 52, has two broken legs and his wife, 53, has cuts to her head, police say. 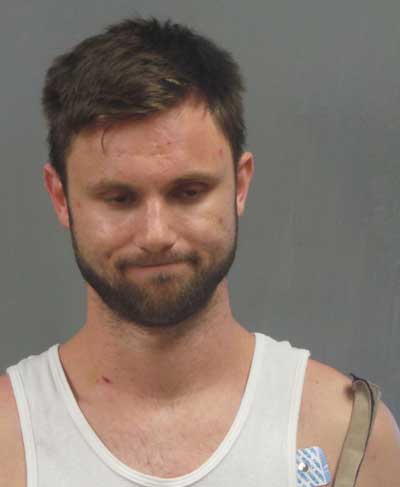 In May, Stockinger was seen on surveillance video from Jim Butler Chevrolet in Fenton getting into a fight with a St. Louis County police officer. In that incident, he is accused of hitting the officer several times over the head with his prosthetic arm.

After the incident, Stockinger’s prosthetic arm was taken by police for evidence. Stockinger received his prosthetic arm back. Stockinger is facing four felony charges stemming from the latest violent assault in July. He is being held in the Jefferson County Jail on a $150,000 cash-only bond.