Police arrested Travis Vartorella, 21, on an aggravated menacing charge following a confrontation in his apartment in Norwalk, Ohio, on Sunday afternoon. 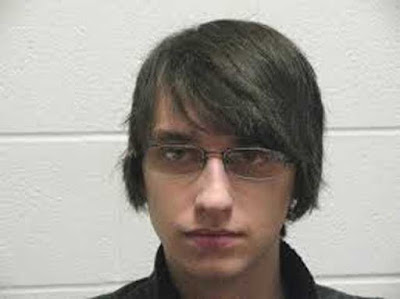 According to a Norwalk Police Department report, Vartorella “pulled a sword” on Trystan Mesenburg, 20, a former roommate who had returned to the residence to retrieve some of his belongings.Mesenburg told officers that after arriving at the darkened apartment with his girlfriend, they began gathering up his items.

“As soon as I grabbed my bag of pizza rolls,” Mesenburg told police, Vartorella “came out from around the corner” with a three-foot sword. With the weapon in his hands, Vartorella claimed ownership of the frozen treats and demanded that Mesenburg “leave his f*cking pizza rolls alone”, police say. Mesenburg and his girlfriend fled the apartment and dialed 911. Responding officers noted that the couple were “visibly shaken” as they recounted their confrontation with Vartorella.

Officers subsequently arrested Vartorella and seized four “edged weapons” from his bedroom closet, including a six-foot samurai sword, a machete, and the sword he was holding when he confronted Mesenburg. Vartorella was charged with aggravated menacing, a misdemeanor, and booked into the Huron County jail, from which he was later released on bond. Mesenburg and his girlfriend both secured temporary protection orders against Vartorella.
Posted by arbroath at 6:07 am
Email ThisBlogThis!Share to TwitterShare to Facebook